How secondhand smoke affects your family

Secondhand smoke (SHS) is nothing else but the combination of smoke that comes from a cigarette and the smoke breathed out by a smoker. When a non-smoker is around someone who is smoking, he breathes in second hand smoke.

Secondhand smoke? What’s that? Asked one of my friends when I asked him about his views on this topic. Before we know the harmful effects of secondhand smoke, let us first know what does it actually means. Secondhand smoke (SHS) is nothing else but the combination of smoke that comes from a cigarette and the smoke breathed out by a smoker.
When a non-smoker is around someone who is smoking, he breathes in second hand smoke. Well, secondhand smoke is not risk-free. It causes numerous health problems in infants and children including frequent asthma attacks, respiratory infections and sudden infant death syndrome (SIDS). 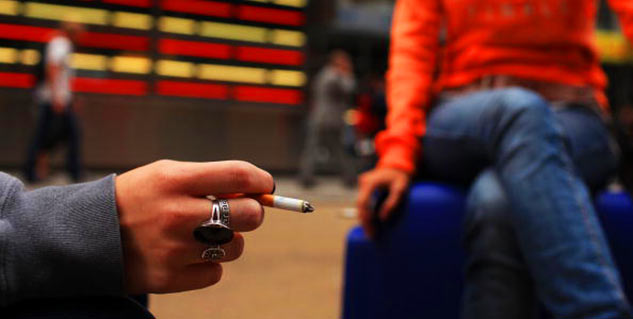 A non-smoker is vulnerable to nicotine and other harmful substances, if he is exposed to second hand smoke. These harmful substances linger in the air for about 4 hours and breathing in it  even for few minutes exposes enough risk to cause cancer. Not only this, SHS can be harmful in other ways too. For example, it affects the lungs and blood vessels increasing the risk of heart attack and stroke in non-smokers. Some studies have also shown that SHS can be linked to mental and emotional changes also.

Secondhand smoke and your children’ health

Children are the ones who are most affected by SHS and are least able to avoid it. Most of the exposure to SHS comes from parents smoking at home. As per studies, children whose parents are smokers, are more likely to fall sick, have more lung infections such as bronchitis and pneumonia, cough, wheeze and have shortness of breath, and are susceptible  ear infections.  As told earlier, it also makes them more prone to sudden infant death syndrome.

Second hand smoke not only harms the mother-to-be but the little child inside her too. Smoke exposure during pregnancy increases the risk for problems such as placenta previa also known as low lying placenta, placental abruption, miscarriage, stillbirth and ectopic pregnancy. It decreases the amount of oxygen available to the mother and her baby, increases the baby’s heart rate and increases the chances of the baby having low birth weight or be born prematurely.

Among the elder generation, secondhand smoke increases the risk of diseases such as high blood pressure, cataracts, poor dental health and tumors.  Pets, who are also are a part of the families who smokeare more prone to develop tumors and cancers in dogs, cats and birds.

Other than our family members, we also have to see where to smoke and where to not. Smoking in the car, or in any place which is closed can increases the rise of toxins- even when the windows are open or the air-conditioner is on. Again, this can be especially harmful to children. Making your home smoke-free is one of the best things you can do for your family’s health. We spend more time at home than we do anywhere else. A smoke free environment protects your family, pets and guests too!