How do You get Type 2 Diabetes

Type 2 is the most common form of diabetes. This results from the body's ineffective use of insulin, excess body weight and physical inactivity. 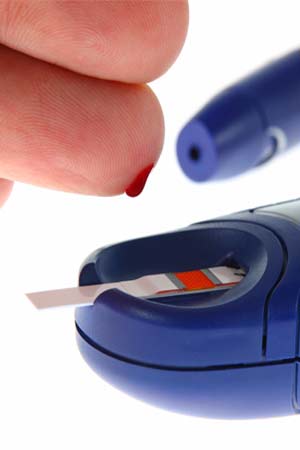 In long run this health condition can lead to serious damage to many of the body's systems, especially the nerves and blood vessels. Diabetes has been classified into two main types, type 1 and type 2, for better diagnosis. Out of these two, type 2 diabetes is the most common type.

According to latest WHO stat sheets, type 2 accounts for 90% of all diabetes worldwide and around half of newly diagnosed cases of diabetes in some countries are of type 2. It occurs when the body is unable to produce enough insulin or by the body's ineffective use of insulin. On the other hand, in type 1 diabetes, the body doesn't produce insulin at all; however it is less common as compared to type 2 diabetes. South-Asian, African, African-Caribbean and Middle Eastern descent are more likely to develop type 2 diabetes followed by an increased risk of developing complications of diabetes, such as heart disease, at a younger age than the rest of the population.

[Read:Foods that Cause Type 2 Diabetes]

Diabetes is all about Insulin, a hormone produced by parts of pancreas, which controls the amount of sugar in blood. It helps the blood sugar to be used by the body cells and get converted into energy. Lack of insulin production or ineffective use of insulin by the body, the type 2 diabetes situation, results in increased levels of blood sugar which may have symptoms as well as cause many health problems.

The type 2 diabetes, formerly called non-insulin-dependent or adult-onset, results from the body’s ineffective use of insulin and is the result of excess body weight and physical inactivity. If a person is overweight then the person is at greater risk of developing type 2 diabetes. Body mass index of 30 or more is considered to be obese, hence requires attention so as to avoid high glucose levels. Fat around the abdomen, in particular, increases the risk as it releases chemicals that can upset the body's cardiovascular and metabolic systems, which in turn increases the risk of developing various conditions. It usually involves insulin resistance in nearly all cases. It, therefore, occurs more frequently in individuals with hypertension, dyslipidemia (abnormal cholesterol profile), and central obesity.

It has been established that this diabetes type often runs in families, however, possible health problem that are usually caused by type 2 diabetes can be prevented or delayed by lifestyle changes and physical activities. A child who has a parent with type 2 diabetes has much higher chance of developing it too. Another important factor is age, as the risk of developing type 2 diabetes increases with age. This is usually attributed to the fact that people tend to gain weight and exercise less as they get older. Type 2 diabetes often develops in over the age of 40, but it is now also affecting children.

Diabetes is a chronic disease that cannot be cured, however, type 2 diabetes can be prevented or delayed by simple lifestyle measures like achieving and maintaining healthy body weight, indulging in at least 30 minutes of physical activities, reducing sugar and saturated fat intake and avoiding tobacco. The treatment aims to keep your blood glucose levels as normal as possible to control the symptoms and minimize health problems developing later. So a healthy lifestyle and proper treatment can make the life of a person with type 2 diabetes closer to normal.