How can one prevent Bronchiectasis?

Bronchiectasis is a rare condition that affects the lungs. It damages the airways and leaves them unable to clear mucus. The condition can be congenital as well as acquired. Proper care and treatment can prevent the condition from developing. 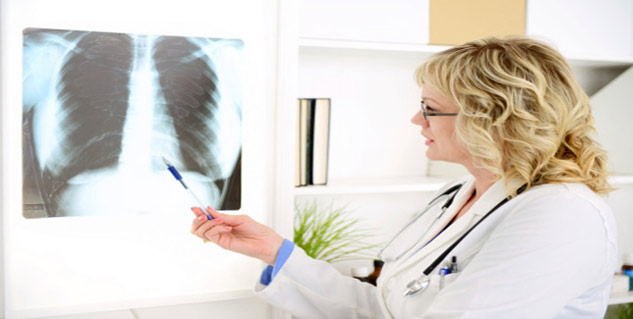 Bronchiectasis is usually caused when the airways fail to clear mucus, a slimy substance. An infection or other condition that injures the walls of the airways may cause such situations. Once the mucus builds up, it allows bacteria to grow causing repeated and more severe infections. Each infection causes more damage to the airways. Over time, the airways can't properly move air in and out of the lungs even causing poor supply to organs in the body causing severe health problems.

The condition can affect only a section of one lung or several sections of both the lungs. Bronchiectasis affecting only a part of one lung is usually caused by a blockage rather than another condition. The initial lung damage that causes bronchiectasis usually occurs during childhood. However, the symptoms usually appear much later until the person starts getting repeated lung infections. Common childhood infections such as measles and whooping cough may cause bronchiectasis. However, such causes can be controlled with the proper vaccines and antibiotics.