Harmful Effects of Re-boiling Water May be a Bad Idea

Re-boiling water alters its composition and makes it unfit for consumption. Here are some of the most harmful effects of boiling water on human body.

Benefits of using boiled water instead of normal water are known and understood by everyone. But, just like all other processes, boiling water also has some disadvantages. Each time you boil water, its components do a reverse which makes it unhealthy for consumption. Frequently boiling water increases the amount of arsenic, nitrite and fluoride in it, and this can harm your health. 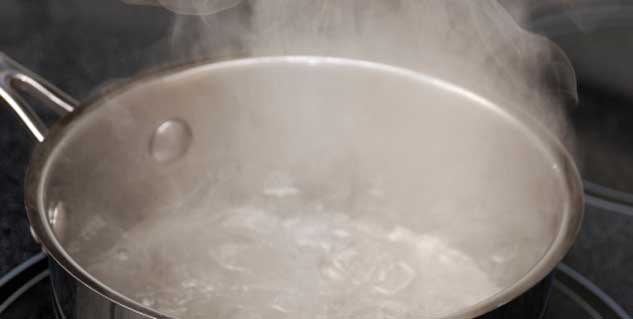 In addition to this, the vapours produced by boiling water has a tendency to re-enter the vessel, which can be a cause of serious ailments.

Here is some more detail on how boiling water over and over makes it unsuitable for your health.

Boiling of water exposes nitrite, which is one of its components. However, re-boiling water transforms nitrite into a toxin. High temperature turns nitrite into nitrosamine, which can cause fatal cancers.

When water is boiled multiple times, the amount of arsenic in it increases disastrously. Consumption of this water puts you at risk of fatal conditions such as cancer, heart attack, several mental conditions and even infertility. People who consume arsenic polluted water in excess or for many years can experience skin damage or develop problems with their circulatory system.

Repeatedly boiled water has an unhealthy amount of fluoride in it. Consumption of fluoride over a prolonged period increases the likelihood of bone fractures in adults and can result in bone pain and tenderness. For children aged 8 years or younger, exposure to fluoride in excess can increase a risk of developing of pits in tooth enamel along with other cosmetic effects on teeth.

MORE FOR YOU
Why Is Rett Syndrome Only Found In Females? Know Everything About This Brain Disorder
Delhi Reports It's First Omicron COVID-19 Case, Tally Reaches 21 In India So Far
7 Intermittent Fasting Mistakes You Must Avoid
Practice These 3 Yoga Asanas To Combat Uterus-Related Issues
5 Soup Habits To Follow For An Effective Weight Loss
What Is Forest Bathing & How Does It Help?

Kitchen Tools that Can Help you Stay Fit