Now you can avert blindness caused by infection as good bacteria has stepped in to fight off drug resistent bacteria that could cause this. 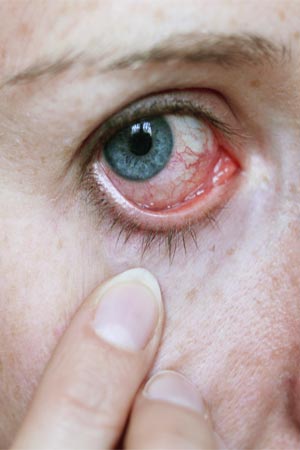 There is now a novel way to fight against drug resistant bacteria that may cause infection of the eye which could result in blindness. The study which was led by Daniel Kadouri, assistant professor of oral biology at the University of Medicine and Dentistry of New Jersey had three major components.

It was shown that the isolates of two antibiotic resistant ocular pathogens, namely, Pseudomonas aeruginosa and Serratia marcescens were all very susceptible to being attacked and killed by at least one of the two other bacteria, namely Micavibrio aeruginosavorus and Bdellovibrio baceriovorus.

The latter two of these bacteria act as predators against the pathogens and are said to be non-infectious bacteria when they exist within the human body. The second phase involves human corneal-limbic epithelial cells that are native to the eye and were exposed in vitro to M aeruginosavorus and B baceriovorus in order to test whether the good predator bacteria would cause either toxicity or inflammation in those cells which they did not.

Then in the third phase the two good predator bacteria gets injected into live worms from the Galleria mellonella species which is well established as a suitable to test the toxicity of various microbes as well as a live organism's innate immunity to those microbes.

"The time to test all three phenomena simultaneously in the eye tissue of a live organism may now be at hand," Kadouri said.