It looks like the ginger can help in controlling blood glucose levels in people with type 2 diabetes, according to a study by University of Sydney, Australia. Here is how to use ginger for diabetes control.

A study published in the August 2012 edition of the natural product journal Planta Medica suggested that ginger controls diabetes by controlling long-term blood sugar levels for people with type 2 diabetes.

Researchers from the University of Sydney, Australia, found that extracts from Buderim Ginger (Australian grown ginger) rich in gingerols - the major active component of ginger rhizome - can increase uptake of glucose into muscle cells without using insulin, and may therefore assist in the management of high blood sugar levels. 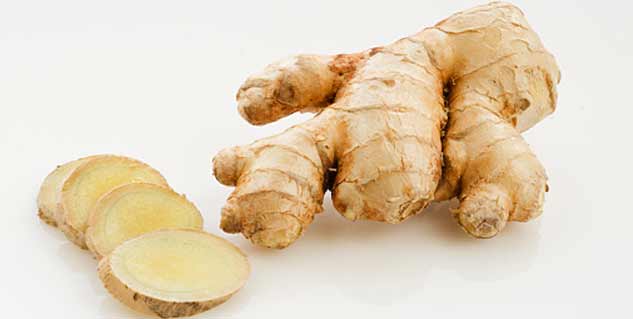 Insulin secretion: In the December 2009 issue of the European Journal of Pharmacology, researchers reported that two different ginger extracts, spissum and an oily extract, interact with serotonin receptors to reveres their effect on insulin secretion.

Treatment with the extracts led to a 35 per cent drop in blood glucose levels and a 10 per cent increase in plasma insulin levels.

Cataract protection: A study published in the August 2010 edition of Molecular Vision revealed that a small daily dose of ginger helped delay the onset and progression of cataracts - one of the sight-related complications of long-term diabetes - in diabetic rats.

It’s also worth noting that ginger has a very low glycemic index (GI). Low GI foods break down slowly to form glucose and therefore do not trigger a spike in blood sugar levels as high GI foods do.

Ginger has been used as an herbal therapy in Chinese, Indian, and Arabic medicine for centuries to aid digestion, combat the common cold and relieve pain.

Its powerful anti-inflammatory substances, gingerols, make it an effective pain reliever and it is commonly used to reduce pain and swelling in patients with arthritis and those suffering from other inflammation and muscle complaints.

In fact, ginger is said to be just as effective as nonsteroidal anti-inflammatory drugs, but without the gastro-intestinal side effects.

Lifestyle changes can keep diabetes away