All about Heartburns and Gas during Pregnancy

Most pregnant women report symptoms of heartburn, which is more prominent during the second and the third trimesters. Heartburn is also known as acid indigestion and is basically an irritation or a burning sensation of the esophagus caused by stomach content that reflux or in other words comes back up from the stomach. 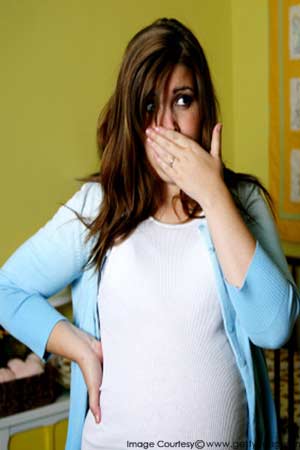 Heartburn caused during pregnancy occurs when there is a changing hormone level, one which can affect the muscles of the digestive tract. The pregnancy hormones can cause the lower esophageal sphincter to relax, therefore allowing stomach acids to splash back into the esophagus. Then the enlarged uterus can also crowd the abdomen, thus pushing stomach acids upward. Gallstones can also cause heartburn during pregnancy.

Causes and How to tackle them

There are numerous causes for which you could get heartburn and gas during your pregnancy, let us enumerate a few.

Travelling
Travelling during pregnancy means erratic timings of meals and bad food choices. You might not be following a proper meal schedule as you would be doing back in your home which when coupled with unhealthy foods like spicy, greasy foods which are not prepared well results in bloating, gas and heartburn.

Eating
Try to stick to your usual meal schedule as much as you can. If you are unable to have healthy snacks then it is better to carry some fresh fruits with you. Rather than having three big meals which can cause acidity and heartburn, have small portions of food throughout the day.

Never have your meals near the time of napping or sleeping. If you are napping in the afternoon have an early light lunch. Similarly, keep dinner early and light to avoid heartburn at night. Keep a gap of an hour or two between your meals and sleep time. To prevent acid reflux and heartburn, keep your upper body or head propped up on some pillows.

Avoid foods which are known to cause gas and acidity such as cauliflower, tomatoes and citrus fruits among others. Too much caffeine, chocolate and foods which are spicy, tangy or sour should be avoided.

Drinking
Do not drink water or any fluids while you are eating your meals as it hampers proper digestion. Drink at least half an hour before or after meal time. Keep yourself properly hydrated though.

Carry some medication for bloating, gas and heartburn after consulting with your doctor. Never ever take over-the-counter drugs without doctor’s consultation during pregnancy. Antacid and digestive medicines will help ease your discomforts.
Wear lose clothing as elastic bands or tight clothing near your waist or stomach can make you uncomfortable.

All About Mood Swings during your Pregnancy