Foods to Help with Peptic Ulcer

A diet to deal with peptic ulcer should provide all the necessary nutrients. Natural foods and vitamin supplements provide relief to the disturbed organs.

Peptic ulcers are sores or break in the lining of stomach or duodenum. Ulcers develop when the protective mucosal layer of the gastrointestinal tract is broken down, and the acid present in digestive juices begins to damage the underlying tissue. 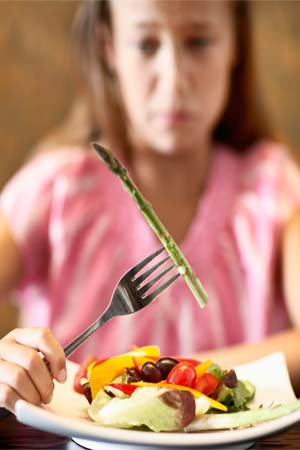 Peptic ulcers cause episodes of abdominal pain, which might reoccur frequently or after long periods of time. Some people also feel the pain radiating to their back. When the acid in stomach comes in contact with the ulcer, it causes a burning sensation. The burning in the stomach might be relieved by food but returns when the stomach empties. Based on the part of the G.I. tract that they are present in, ulcers can be classified as gastric ulcers and duodenal ulcers.

[Read: How to Cure Peptic Ulcer]

The most common causes for peptic ulcers are:

Severe stomach ache at night can be an indicator of a duodenal ulcer. Some other common symptoms found in people suffering from peptic ulcers are nausea, indigestion, black tarry stool, blood present in vomit and weight loss. The most common symptom is a burning or gnawing pain in the centre of the abdomen. Sometimes peptic ulcers can be a cause of further complications, such as internal bleeding due to damage to an artery, perforations in the stomach or intestines. Symptoms like sharp abdominal pain, blood in vomiting and dizziness or shock need prompt medical investigation.

Peptic ulcers are more common in people suffering from problems like osteoarthritis, where they frequently take pain medication. Peptic ulcer is no longer a condition that most people have to live with their entire lives. It can be treated easily, by getting rid of the symptoms as well as the problem.

[Read: What is Peptic Ulcer]

Ulcers need proper treatment to be healed completely and cannot be treated by changes in diet; however certain diet changes help with the symptoms and pain caused sue to ulcers.

The best diet for peptic ulcers is therefore a balanced diet, which is rich in fiber, such as fruits and vegetables. Eat 5 to 6 small meals a day instead of 3 larger meals, as it will be more comfortable and easier on the stomach than two or three large meals a day. Also make sure to avoid overeating. Coffee, tea, cola drinks, chocolate, and other foods containing caffeine are such foods that can also increase the amount of acid produced by the stomach. Decaffeinated coffee produces the same amount of stomach acid as caffeinated coffee, so it is good to stay away even from decaffeinated coffee as well.