How to Cure Peptic Ulcer

Patients diagnosed with peptic ulcer are usually given antacids or H2 antagonists. A perforated ulcer is an emergency case and may require surgery.

Peptic ulcers are open sores that are present on the gastrointestinal tract. Normally, a mucous layer protects the lining of the stomach and small intestines, against the acids that are produced in the stomach. 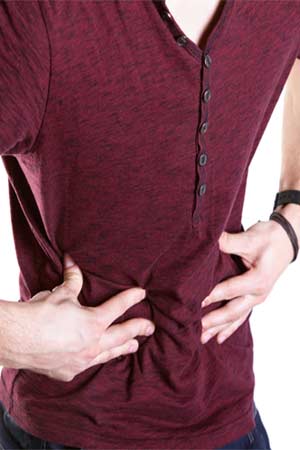 When this protective lining of the stomach and small intestines is eroded, it results in inflammation or an ulcer. Mostly, ulcers are found in the first layer of the inner lining, but if the hole goes all the way to stomach or duodenum, it is called a perforation, which is considered as medical emergency. Peptic ulcers are usually classified into two kinds:

The most common symptom of peptic ulcer is a burning sensation in stomach, which usually starts between or after meals and can be relieved for a brief period of time by taking antacids. A range of symptoms can be present, if a person is suffering from peptic ulcer.

If a peptic ulcer is suspected, a bacterial examination for the presence of H. Pylori can be done. Other diagnostic methods are endoscopy and x-ray. Once a peptic ulcer is detected, the proper treatment course for the specific cause must be followed. If not treated, peptic ulcers get worse with time. Possible treatment options are medicines to reduce acid produced in stomach, or antibiotics to kill Helicobacter pylori. Surgical intervention might be needed, if the ulcers don’t heal properly.

Zollinger-Ellison syndrome can also cause gastric and duodenal ulcers. Some possible complications that can occur with peptic ulcers are internal bleeding, gastric outlet obstruction, inflammation of the tissue that lines the abdominal walls, perforation of stomach or intestines.

Young patients, who have ulcer-like symptoms, are treated with antacids or H2 antagonists. The patients, who have been taking NSAIDs for a long period of time, may be given a prostaglandin analogue called misoprostol to prevent ulcers caused by the NSAIDs. If NSAIDs are the only cause and H. pylori bacteria is not present, medicines to reduce the stomach acid are given. Proton pump inhibitors and histamine receptor blockers are two acid-reducing medicines that are most commonly given to the patients. They both work in a different manner, while PPI suppresses acid production, H2 antagonists work by blocking histamine which stimulates acid production. A drug called Sucralfate can also help patients with peptic ulcer, it reacts with the acid in stomach and forms a barrier surfaces between ulcer and acid.

Various treatment options are there to kill H. pylori bacteria and also to reduce acid levels in the stomach. This strategy takes time to heal and reduces the chances of it coming back. After four weeks of treatment, patient’s breath or stool examination should be done to test for the presence of H. pylori. Blood tests are not reliable in this case, because a patient’s blood may test positive for H. pylori even if infection is not there.

A perforated ulcer is an emergency case and requires surgery. Sometimes ulcers might start bleeding, in such cases endoscopy is done to stop the bleeding. The methods used to stop the bleeding may include injections or clipping the ulcer using metal clips. In cases where endoscopic procedures fail in stopping the bleeding, surgery might be needed. If the prescribed course of treatment is followed properly then the chances of recurrence are reduced. Seek urgent help if you develop a sudden, sharp pain in the abdominal region or if the abdomen is rigid and tender to touch. Blood in vomit or stool is indication of internal bleeding and requires urgent medical help.