Effects of Diabetes on Memory and its Treatment

How diabetes affects the memory is no longer a mystery. And the good old coffee is believed to treat the memory loss caused by diabetes. Read about this bench mark study to know how.

Badly controlled diabetes is known to affect the brain causing memory and learning problems and even an increased incidence of dementia, although how this occurs is not clear. 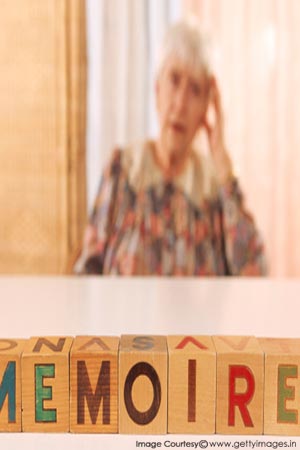 But a study, by researchers from the Centre for Neuroscience and Cell Biology of the University of Coimbra in Portugal, in mice with type 2 diabetes has discovered how diabetes affects a brain area called hippocampus causing memory loss, and also how caffeine can prevents it.

[Read:How to Prevent Diabetes with Vitamins]

The study published in News Medical answered a few question about effects of diabetes on memory and how to treat it. Excerpts-

Curiously, the neurodegeneration (progressive loss of structure or function of neurons, including death of neurons) that the researcher Rodrigo Cunha and his team see caused by diabetes, is the same that occurs at the first stages of several neurodegenerative diseases, including Alzheimer's and Parkinson's, suggesting that caffeine (or drugs with similar mechanism) could help them too.

Type 2 diabetes (which accounts for about 90% of all diabetic cases) is a full blown public health disaster - 285 million people already affected worldwide (6.4% of the world population) with numbers expected to almost double by 2030. And this is without counting pre-diabetic individuals.

In the study,  PLoS , João Duarte, Rodrigo Cunha and colleagues take advantage of a new mouse model of diabetes type 2, which like humans develops the disease in adults as result of a high-fat diet, to look at one of the least understood complications of diabetes - the disease effect on the brain, more specifically, on memory.

They also looked at a possible protective effect by caffeine as this psycho stimulant has been suggested to prevent memory loss in various neurodegenerative diseases, from Alzheimer's to old age dementia, and maybe even diabetes.

And when we consider that coffee is the world leading beverage right after water, with about 500 billion cups consumed annually, this, if true, needs to be better understood.

In conclusion, Duarte and Cunha's work - suggests that diabetes affects memory by causing synaptic degeneration, astrogliosis and increased levels of adenosine, acting via the a2a adenosine receptor (A2AR). These new results indicate as well that chronic consumption of caffeine can prevent the neurodegeneration and the memory impairment.

And not only in diabetes, since synaptic degeneration and astrogliosis are both part of a cascade of events common to several neurodegenerative diseases what suggests that caffeine (or drugs with similar mechanisms) could help with them too.

So does this mean that we should drink eight cups of coffee a day to prevent memory loss in old age or in diabetes?

Not really as Rodrigo Cunha, the team leader explains: "Indeed, the dose of caffeine shown to be effective is just too excessive. All we can take from here is that a moderate consumption of caffeine should afford a moderate benefit, but still a benefit. But we need to do more research”.

And with a disease that is already affecting 6.4% of the population and growing, a breakthrough can never come too soon.

[Read: What Major Organs are affected by Diabetes?]

“Such experimental design is common in pre-clinical studies: in order to highlight a clear benefit, one dramatises the tested doses. Also, our ultimate goal is the design of a drug more potent and selective (i.e. with less potential side effects) than caffeine itself; animal studies enable us to pinpoint the likely target of caffeine with protective benefits in type 2 diabetes. So we will be testing chemical derivates of caffeine, which act as selective adenosine A2A receptor antagonists, to try to prevent diabetic encephalopathy. It might turn out to be a therapeutic breakthrough for this devastating disease". Cunha added.