E-cigarettes may be a cause for cancer, study

Electronic cigarettes that are often marketed as a safer alternative to conventional cigarettes may actually cause damage to cells in such a way that it leads to cancer.

Electronic cigarettes that are often marketed as a safer alternative to conventional cigarettes may actually cause damage to cells in such a way that it leads to cancer. Researchers have said that the study strongly suggest that electronic cigarettes are not as safe as the marketing makes them appear to the public. 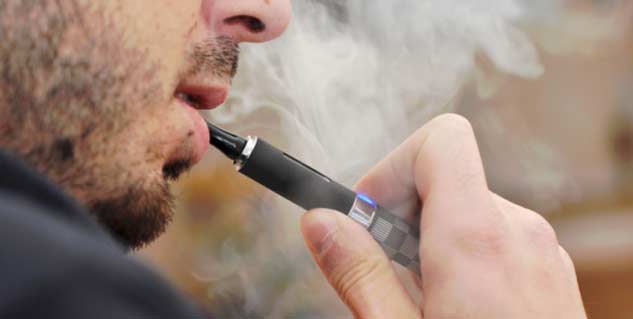 A team at the Veterans Affairs San Diego Healthcare System added to growing evidence on the possible health risks of electronic cigarettes two tested products that had been found to have damaged cells in ways that could cause cancer. They further added that the damage had occurred even with nicotine-free versions of the products.

Evidence is so far limited on what e-cigarettes contain exactly and whether these chemicals are safe, especially when it comes to cancer. Dr Jessica Wang-Rodriquez, one of the lead researchers on the study from the University of California, San Diego, said that there haven’t really been many good lab studies on effects of such products on actual human cells. The team had developed an extract from the vapour of two popular e-cigarette brands and used it to treat human cells in Petri dishes. When this was compared with untreated cells, the treated cells were then highly likely to show DNA damage and eventually die.

The cells that were exposed had shown different forms of damage, including that of DNA strand breaks. The double helix that makes the DNA has two long strands of molecules that intertwine. When one of these, or even both, breaks apart, the cellular repair process fails to work accurately, setting the stage for cancer. The cells that got affected were also highly likely to launch into apoptosis and necrosis, which can lead to further cell death.