A moderate intake of both tea and coffee lowers the risk of stroke and dementia, a study found out.

There is no other drug that has brought such a huge change in how humans function as caffeine. A nervous system stimulant, caffeine keeps you alert, diminishes fatigue, and improves performance, studies have shown. There are several reasons why people drink tea and coffee, the primary sources of caffeine. These beverages often work as mood boosters, improve productivity and also provide a medium for people to socialize. If there weren’t enough reasons to consume these beverages, one more has joined the fold. A large-scale study conducted in the United Kingdom has shown that drinking tea and coffee can cut down your risk of stroke and dementia.

Moderate consumption of tea and coffee can lessen the risk of stroke and dementia, the study, ‘Consumption of coffee and tea and risk of developing stroke, dementia, and poststroke dementia: A cohort study in the UK Biobank’, published in the PLOS Medicine journal found out. 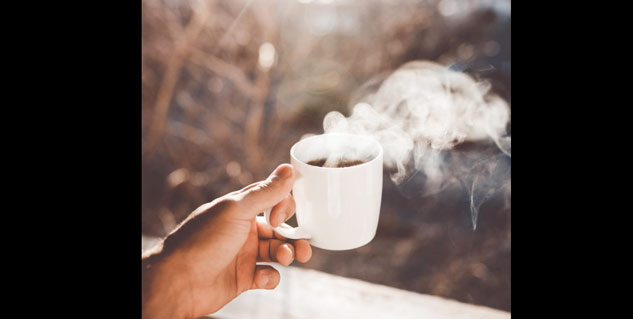 For this study, 365,682 UK residents between the ages of 50 and 72 reported their tea and coffee consumption data. The researchers found that drinking 2-3 cups of coffee with 2-3 cups of tea caused a 32% lower risk of stroke. The same led to a 28% lower risk of dementia. Not just that, drinking either tea or coffee or both cut down the risk of post-stroke dementia.

Both the beverages contain polyphenols. This plant-based compound is known to lower inflammation and make blood vessels healthy, as per Harvard Health.

Drink Tea & Coffee, But In Moderation

Both tea and coffee contain antioxidants that fight off free radicals and prevent cellular damage. These, when consumed without milk and sugar, are also almost calorie-free, thus helping with weight loss. Many drink black coffee right before a workout to improve performance. Improved alertness, reduced fatigue are the known effects of caffeine. However, these aren’t devoid of downsides. Excessive consumption of both tea and coffee can:

It’s often recommended against having tea or coffee close to bedtime as it interferes with the sleep cycle.

Also read: Caffeine: Benefits Vs Side Effects And How Much Caffeine Is Healthy To Consume?

Hence, both tea and coffee provide you with several health benefits. It reduces your risk of stroke and dementia, as this study showed. However, caffeine is a stimulant and hence should be consumed in moderation. Far from the benefits, the excessive consumption of tea and coffee can be detrimental to your overall well-being. Hence, have these but with limitations. Meanwhile, you can try some caffeine alternatives, such as green tea, chicory root, decaf coffee, and golden milk.

MORE FOR YOU
Power Nap Can Boost Productivity, Here Is How To Optimise On Them
5 Side-Effects Of High Protein Diet That You Should Know
Loneliness Can Make Young Adults Age Faster, Study Finds
Study: Cerebral Palsy Might Be Treatable
Physical And Mental Health Benefits Of Omega-3
Study Finds Regular Walking May Reduce Dementia Risk

Indian Cancer Society Has Brought Hope To More Than 10,000 Underprivileged Cancer Patients To Live Again Since