Does Gadget Addiction Cause Neck Strain and Back Ache?

A recent survey has revealed that at least half of the under-30s population suffers from back aches because they spend a lot of time slouching over their gadgets.

A recent survey has revealed that at least half of the under-30s population suffers from back aches because they spend a lot of time slouching over their gadgets. This survey was led by the British Chiropractic Association, which had observed that a decrease in size of electronic gadgets causes people to lean over the screen instead of using a desk, which then leads to pain in the back and neck. 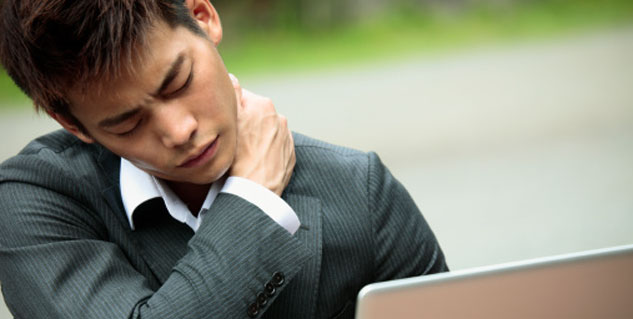 The survey has also suggested that those people who do not work at a work station of their own in the office experienced neck strain because they sat on a chair set with others and used their monitors at a set height. People often put their neck and shock-absorbing discs under a lot of strain because of their lazy lifestyle and spend close to 3 hours on an average in front of the TV every evening, bringing the total time spent sitting to 10 hours per day.

According to Tim Hutchful, British Chiropractic Association, the number of people suffering from back aches and neck-related pains has been on a rise because of modern lifestyle factors that push one to stay seated. It is, however, important to take breaks and relieve tension that has been building-up.