Vomiting is one of the symptoms of teething in a baby but it is not always due to it. Many babies go through teething without any complications.

There is a difference of opinion among paediatricians on whether teething is the cause of vomiting or not. Irritability, fever and diarrhoea that cause vomiting are some commonly observed symptoms in babies just before teething. Some paediatricians claim that these are merely coincidental to teething and that the babies should be checked for other illnesses. But, to start with, it is essential to consult a specialist to understand what happens during teething and how it affects the other functions in the infant. Hence, some common symptoms of teething are:

The teething symptoms, including vomiting, usually start four days before and last up to 3 days after the new tooth comes. You do not have to overuse any teething medications that the doctor prescribes for your baby. There are many teething gels or teething tablets that can be prescribed for your baby. They protect your child from discomfort. 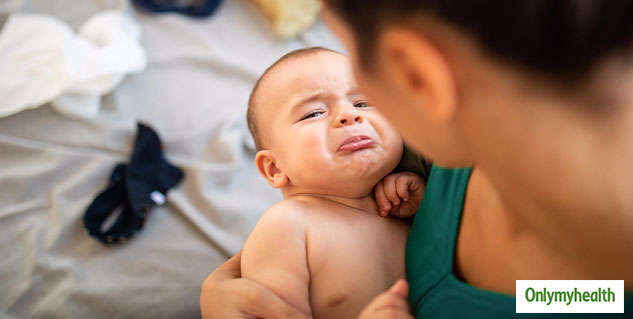 Also Read: Is It Normal To Have Loose Motions During Pregnancy? Here’s What Gynecologist Dr Sanchita Dubey Has To Say

What Happens During Teething?

Some experts believe that teething causes vomiting, excessive saliva during teething tend to loosen the stool and lead to diarrhoea. Similarly, inflammation in the gums can cause fever. Others are of the opinion that teething can be responsible for vomiting. However, the stress caused by teething makes a child more vulnerable to getting the infection. That is why babies are inclined to get sick and vomit just before their new teeth appear. Others have a firm opinion that symptoms such as fever, diarrhoea and vomiting before teething are signs of other illnesses. Also, one should understand that the initial years of an infant may have various symptoms of illnesses. As this is the time when the infant might have various infections as they are still in the stage of building the early blocks of their immunity. Hence, teething is such a time when the kid may showcase various symptoms, which may not be related to teething but could be a response to lower immunity.

What Do In Such Times?

Whatever be the differences among the paediatricians, all of them agree that if your baby shows up any discomfort, immediate medical attention should be provided. The doctor would be able to diagnose any problem that needs medical care, such as ear infection. In case the baby has loose stools, it may not be diarrhoea, and you may not immediately rush for medical attention.

Also Read: Here's How To Get Your New Born Vaccinated In COVID-19 Situation

Right Care During Teething Is A Must

At times parents blame teething for severe complications such as high fever on teething, which is not right. This is usually because some symptoms such as viral infection, ear infection and sleeping problem are assumed to be due to teething. The problem of overusing of teething medications is the usual result of such a false idea of the baby’s problem. Other complications may also cause vomiting, while teething is incidental to it. Some precautionary measures that parents can take: 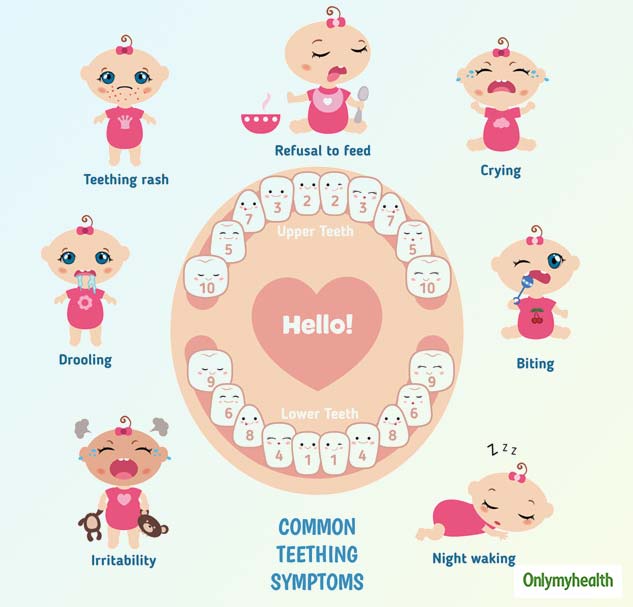 Monsoon and Newborn Care: Tips For First-Time Parents To Keep The Baby Safe In Rainy Season