Dengue remains one of those diseases that seem to rear its ugly head every monsoon and affects people all over the country. Even big cities have their share of dengue cases. 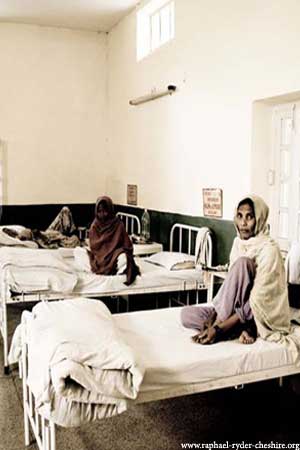 Data on Aedes mosquitoes indicate that breeding of Aedes aegypti begins in June itself. Considering this fact, advance planning for dengue prevention and control can start in this period with vector surveillance and control measures throughout the rainy season.

Dengue fever has become synonymous with the monsoon season in India but that doesn’t prevent authorities of all the affected states from being gravely underprepared every time the mosquitoes make a comeback. India recorded over 37,000 dengue cases and 227 dengue deaths including veteran director Yash Chopra in 2012. There was a 97% increase in number of cases and 34% increase in number of deaths from 2011.

Dengue refers to a tropical disease caused by four different types of virus. It is usually transmitted by mosquitoes and the common symptoms include fever, headache, muscle and joint pains and skin rash. There is no vaccine for dengue and the only way to reduce infections is to improve hygiene levels so as to prevent mosquito-bites and prevent mosquitoes from breeding. It’s particularly difficult to create a vaccine because it’s caused by different viruses and there are no animal models available for testing.

Characterized by severe flu-like symptoms, dengue affects infants, children and adults alike and could be fatal. The clinical manifestations of dengue vary with the age of the patient.  A person suffering from high fever in the range of 40°C/ 104°F, accompanied by any two of the following symptoms could be suffering from dengue: severe headache, pain behind the eyes, nausea, vomiting, swollen glands, muscle and joint pains and rash.

If untreated, the most serious complication is dengue haemorrhagic fever (DHF), in which blood vessels start to leak and cause bleeding from the nose, mouth, and gums. Untreated DHF can lead to dengue shock syndrome (DSS), which is lethal in 90% of cases unless promptly and correctly treated, in which case fatality rates can fall as low as 1%, depending on quality of treatment.

Because dengue fever is a viral infection, there is no specific treatment for the condition. The patient should seek medical advice and drink plenty of fluids. Symptomatic relief can be sought using NSAIDs (Non-steroidalanti-inflammatory drugs) such as Paracetamol. But drugs such as aspirin or ibuprofen should not be taken since they can increase the risk of bleeding. For severe dengue, medical care by experienced physicians can frequently save lives. It is important to maintain the fluid volume of the patient for recuperation of the patient.

Dengue is a communicable diseases spread by mosquitoes from one human to another. So, the only way it can really be prevented is by avoiding mosquito bites. One can make sure all egg-laying habitats of mosquitoes like open and stagnant water source are cleaned up. If there are any open water sources you cannot eliminate, cover them and apply appropriate insecticides. Use protection such as window screens, long-sleeved clothes, and insecticide treated materials, coils and vaporizers.