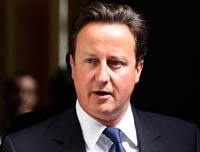 United Kingdom is all set to become world leader in the sphere of dementia research after announcement of £66 million funding by the end of 2015. Dementia research funding was £26.6 million in 2010 reportedly. David Cameron, prime minister of Britain, announced funding to kick-start Britain’s ‘National Challenge on Dementia’.

As per reports, more initiatives like this will follow the campaign against dementia challenge. The effect of dementia is widespread in Britain, affecting 670,000 people in all, out of which 400,000 Britons have never been diagnosed or don’t know they suffer from it. This toll is expected to hit 1 million mark in next 10 years.

The challenge to combat disease will be launched at national level, wherein the agenda will be to put forth better treatment facilities and social care systems. Referring to manage dementia, David Cameron quoted, “Dementia is simply a terrible disease. And it is a scandal that we as a country haven't kept pace with. The level of diagnosis, understanding and awareness of dementia is shockingly low. It is as though we've been in collective denial."

Cost of research associated with dementia is considerably higher as compared to cancer, heart disease or stroke. British prime minister also uncovered claims of United Kingdom becoming world leader in dementia research by quoting, “We did it with cancer in the 1970s, with HIV in the 80s and 90s. We fought stigma, stepped up to the challenge and made massive in-roads into fighting these killers. Now we've got to do the same with dementia.”

Several health organisations and institutions have welcomed this move and assured their support to stand against the challenge.