A news study suggests that the dreadful superbugs which is not be very easy to deal with can be fought against. Here is a look. 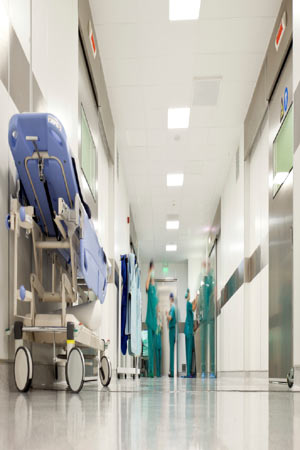 In the simplest of sense, a superbug is a bacterium which is useful in biotechnology and especially in one that has been genetically engineered to enhance its usefulness for a purpose. This basically means that infections caused by these bacteria are harder to treat, but the good news is that they do not necessarily have to be more severe. But the gene that is carrying an antibiotic resistance could be very easily passed between bacteria which allows for the creation of bacteria that can carry resistance genes to many different antibiotics, a superbug. But, good news awaits you here.

The Journal of American Chemical Society has now published a new study which suggested that it could be possible for us to fight superbugs with conventional antibiotics. When you pair the drugs with a new class of metal based agents named metallopolymers that can revitalize their potency then it could be possible to overcome the drug resistance, according to researchers.

MRSA or Methicillin-resistant Stapylococcus Aurues is one of the biggest causes of the hospital acquired infections in the United States. The superbug as per The Centers for Disease Control and Prevention (CDC) commonly spreads in hospitals when the contaminated health workers pass it to the patients unknowingly via their hands.

As and when these patients acquire MRSA they become ill with pneumonia and other such potentially fatal conditions. There has been an evolution in the mechanism of drug resistant and one of the ways it resists conventional antibiotics like penicillins, cephalosporins and carbapenems is by producing more enzymes that actually inactive them. Several attempts have been made to develop new agents so as to defeat such enzymes, but they were all futile attempts. In this new study a team led by Chuanbing Tang who is an assistant professor of chemistry and biochemistry at the University of South Carolina in the US, describes a recently discovered class of agent that tells a different story.

They have found that there are several strains of MRSA that succumbs to conventional antibiotics such as penicillin-G, amoxicillin, ampicillin, and cefazolin, when they were paired with the new agents - large, metal-containing molecules called metallopolymers. They showed as to how the polymer-antibiotic combination avoided the bacterium's defensive enzymes and proceeded to destroy its protective membrane, causing the superbug cell to burst.

Furthermore, they think that these agents will in fact have minimal side effects since they have seemed to appear to leave the red blood cells alone. It was concluded from the research, "These discoveries could provide a new pathway for designing macromolecular scaffolds to regenerate vitality of conventional antibiotics to kill multidrug-resistant bacteria and superbugs."

Also in the recent times, Medical News Today have learned that it could be possible to create a new generation of superbug busters from small protein molecules known as peptides. This could attack the bacteria in several different ways. The German team that worked on this research said that the peptides attack bacteria cells without harming human cells, while also making it difficult for them to become resistant.