Maintaining a good balance is very important for everyone. But it does not always happen that you tend to be strong enough to hold your balance and strength properly during every stage of the life. Older adults especially have problems maintaining their balance, especially on steep or irregular surface. This problem can also occur in the form of disorder that could create a major threat to their physical health. Chance of injury also increases with growing age and severity factor becomes more common. Hence in order to lower the risk of injury and related problems, today we are going to discuss about some common balance disorders.

Why do Balance disorders happen?

We asked Dr. Ishan Shrivastava, Orthopaedic Surgeon at Ivory Hospital, Greater Noida to tell the reasons for balance disorders in adults. He said that balance disorders are common in older adults because muscle deteriorate with time and become weak. This problem increases rapidly over the age of 60 years and sometimes sensory neurons also become weak. 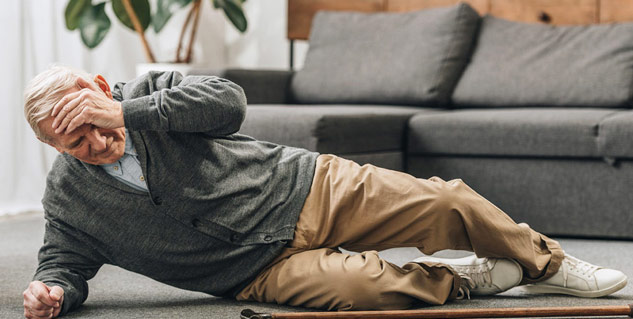 As a result of this, it makes older adults vulnerable to balance disorders and they are not able to keep their feet steady. Also muscle weakness and these disorders can increase significantly because of the genetic factor which transfers from the family. Hence, a person having an history of these disorders or weakness should especially be very aware.

Balance has always been a subject of worry for elders as they face major issues with it. However majority of adults have some common disorders that occur with growing age. These disorders are-

It is also commonly said as BPPV, it is one of the most common types of balance disorders in older adults. However not many people know of this disorder because it is very common and is not taken as intense or serious problem. BPPV occurs majorly to people over 60 and creates problems while moving head. People can experience this while changing positions of bed during sleep, rolling over on bed, etc. Benign paroxysmal position vertigo can cause inner ear disturbances, head injury, ear infection and problems that can increase risk of disbalanced in older adults.

This is also one of the common causes of having balance disorders in adults. Many people have balance disorder because of feeling full in the ear. This means that elderly people get their ears blocked because of wax and maybe some ear infections because of which they are not able to balance properly.

Doctor tells that NIH has also listed this ear condition as a major cause of balance disorder. People having Meniere’s disease often experience vertigo and ringing in the ears. It also causes sporadic hearing log in them. It increases risk of falling in adults and can cause major issues as their bones and muscles become weak with time. This is an inner ear infection which increases with time and becomes more inflamed. Inner ear infections and inflammation can increase the risk of balance problems. Ears problems are directly linked to the balance aspect of the person and hence it can be difficult for elderly people to walk straight in this infection. Labyrinthitis occurs in the inner ear and is often linked to a case of flu where it starts from.

Certain chronic conditions can also increase the risk of having balance disorders. It happens because of eye infection, nervous disorders, taking medications of alzheimer’s and some other problems. Eye infection increases the risk of falling and makes it difficult for elder people to keep their balance. Some increased cases of chronic conditions have occurred because of long term medications of nervous problems and disorders. These problems include-

Then it could also increase balance disorders because of heart problems and medications on a long term usage. In this condition older adults suffer from a disease called shingles which is a skin condition that is caused by a virus. In this shingles disease it affects facial nerves of the people, especially worse in case of older adults. As a result of this, it causes balance problems as sensory neurons and organs have reduced efficiency that increases the risk of injury. You must seek medical help if you have any such symptoms of Ramsay Hunt syndrome.

8 Types Of B Vitamins And Signs Of Their Deficiency