Cervical Health Awareness Month: Can A Simple Vaccine Protect You From Cervical Cancer?

Cervical Health Awareness Month: let's take a closer look at what cervical cancer is and at how you can protect yourself and your loved ones from it.

Cervical cancer is one of the major cause of cancer mortality in women, and a looming concern for developing countries such as India where it contributes to 6-29 per cent of all cancers in women. Even more concerning is the fact that India alone contributes one-quarter of the global burden for cervical cancer and that it accounts for 17 per cent of all cancer deaths among women between 30 and 69 years of age. India has a population of 436.76 million women aged 15 years and older who are at risk of developing cervical cancer; as many as 1,22,844 women are diagnosed with cervical cancer every year and 67,477 dies from the disease. 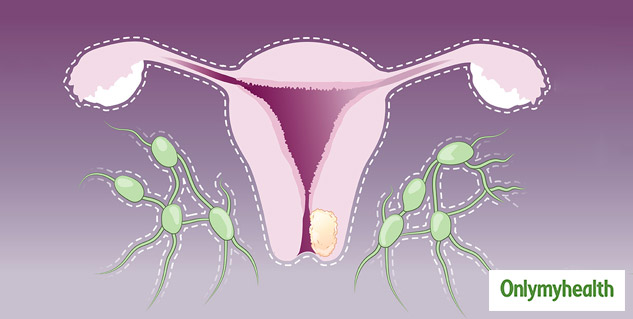 The cervix is the lower part of the uterus that connects the uterus to the vagina or birth canal. The lower part of the cervix (ectocervix) lies within the vagina and the upper two-thirds of the cervix (endocervix) lies above the vagina. Most cervical cancers originate in the area where the endocervix joins the ectocervix. In its early stages, cervical cancer does not present any visible symptoms. However, as cancer progresses, women may experience abnormal vaginal bleeding, increased vaginal discharge, bleeding after menopause, pain during sex and pain in the pelvic region.

The most common cause of cervical cancer is human papillomavirus (HPV) infections. HPV is a group of viruses that is responsible for 70 per cent of cervical cancers and precancerous cervical lesions around the world. In men, HPV can also cause oral, penile and anal cancer. HPV infections are transmitted by sexual or skin-to-skin contact. Other causes for cervical cancer include engaging in sexual activity at an early age, having multiple sexual partners, multiple pregnancies, poor genital hygiene, malnutrition and the use of oral contraceptives. Individuals who have a family history of genitourinary cancer and cervical cancer are at a higher risk for cervical cancer. The good news is that cervical cancer can be diagnosed and treated fairly early with regular pelvic exams and Pap smear screening that detects precancerous changes in the cervix. Regular Pap smear screening (every three years) are recommended for women between 21-65 years of age since, with early diagnosis, cervical cancer has a very high cure rate. Women between 30-65 years can be screened less frequently (every five years) by opting for a combination of a Pap smear and HPV tests.

Can cervical cancer be prevented?

This vaccine should be taken by women who have attained puberty before they become sexually active or before the age of 26. Several studies indicate that these vaccines are quite effective in preventing infection by the most common types of HPVs and are very safe. Both boys and girls should be vaccinated from the age of ten upwards; the risk for cervical cancer in women goes up significantly if they have sexual intercourse with a partner who has not been vaccinated. Do remember, however, that while the HPV vaccine prevents infections, it does not guarantee cancer prevention – regular testing is essential, regardless of whether you have been vaccinated.