World Cancer Day 2019: Air pollution can have some drastic effects on health, one of them can be lung cancer too. Know how it can happen

Air pollution is one of the prime environmental concerns of the world in today’s scenario. The cause of air pollution is smoke which contains numerous harmful gases released in the environment. These include nitrogen oxide, sulphur-di-oxide and carbon-di-oxide gas as major constituents. 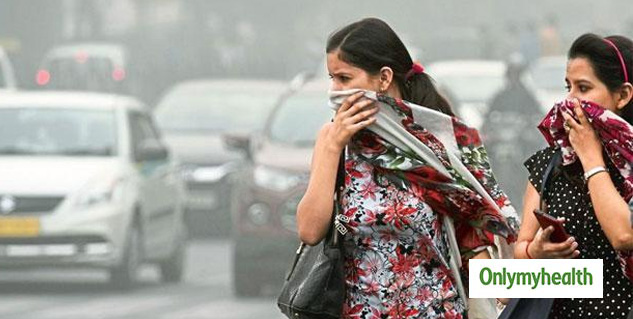 As the world is getting populated day after day, the potential sources of pollution are rapidly increasing. Most of us, especially in thickly populated cities and around industrial areas, are breathing polluted air. Air pollution kills approximately 7 million people each year, according to the World Health Organisation. Outdoor fine particulate matter with a diameter < 2.5 μm exposure is the fifth leading risk factor for death in the world, the reason being that such fine particles tend to lodge in the distal airways of our lungs. This is in accordance with the Global Burden of Disease Report. A report by the World Health Organisation states that the diseases which affect people exposed to high levels of pollution include stroke (34%), ischaemic heart disease (26%) and chronic obstructive pulmonary disease (22%). Pneumonia and lung cancer account for 12% and 6% of deaths, respectively. Therefore, it is clear that air pollution can harm any organ of the human body either through respiratory or cardiac symptoms. It also has the potential to worsen existing diseases in patients. Pollutants consist of extremely fine particles that can gain access to the organs and lodge themselves in the organs. 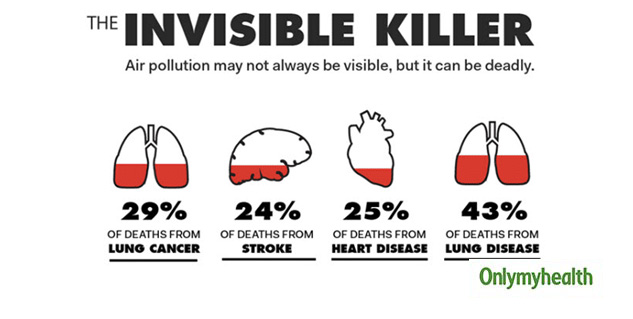 Also Read: Sugar and Cancer: Why Obesity Is The Real Culprit Behind Cancer

According to the recent Globocon 2018 data, lung cancer is the most common cancer in the world, accounting for 11.6% of all new cancer cases in the world. It also is responsible for causing maximum cancer-related deaths annually, at 18.4%. The pathogenesis-related to the development of lung cancer is easy to understand. We are aware that our natural defence systems help us sneeze out or cough out the bigger pollutant particles. Unfortunately, these defences are not of great help to fight against the smaller particles present in polluted air. These particles enter the airways and get trapped deep in our lungs. This accumulated “soot” causes damage to our health. The macrophages and the lymphatic systems get affected, leaving deposits of material centred on the smallest airways. This particulate burden may lead to chronic focal inflammation and fibrosis and could predispose to the development of lung cancer.

Many studies have shown the link between exposure of humans to particulate matter with diameter 2.5 tμmor less and the risk of lung cancer. These particles damage the innate immunity and start many proliferative changes at the cellular level, which ultimately gets related to malignancy. These processes at the micro-level responsible for the neoplastic process are change in telomere length, over-expression of genes involved in cancer formation and increased oxidative stress. 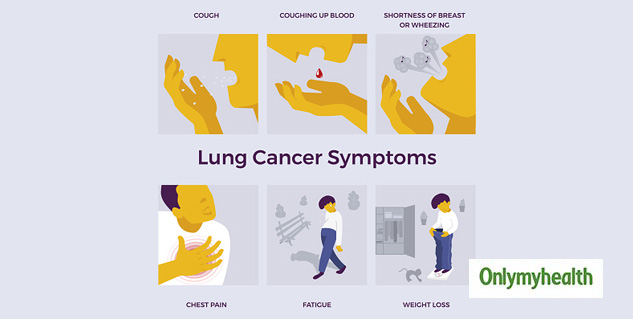 Air pollution can adversely affect the health of any person who has been exposed to harmful particulate matters. This includes people of all age groups, but people with reduced immunity like people suffering from any chronic disease or extremes of age are affected more. Also, people having any pre-existing respiratory illness like bronchial asthma or obstructive airway disease are adversely affected much more commonly. Hence, it is advised that people should protect themselves from pollution as much as possible. The ways to protect include avoiding going out on severe AQI days(as judged by government authorities from time to time), using N95/N 99 pollution mask whenever going out.

Sugar and Cancer: Why Obesity Is The Real Culprit Behind Cancer