Multiple Pregnancy Causes - Multiple births are on the rise because of fertility treatments and also because many women prefer to have kids at a later stage in life now-a-days. 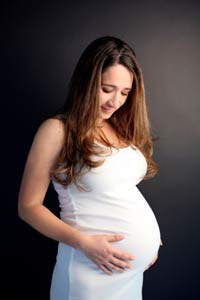 The fertility treatments lead to a spurt of egg production in a woman during her ovulation cycle. As it is too risky to fertilise and place only one embryo in the uterus, it is the usual practice in fertility treatment to place 5, 6 or more embryos. Now, if all or more than one embryo develop, it becomes multiple birth. That explains why Caucasian women over the age of 35 are producing more of multiple birth babies, as they get these treatments more than other women.

It has also been felt that due to the inclination of most women to delay their pregnancy to an older age, i.e. after 35, the chances of having multiple births have increased of late. However, the rise in intake of nutritive foods is also responsible for this phenomenon.