Consumption Of Cashew Nuts Can Relieve Depression, Here Are Its Benefits

Do you know that eating cashew nut on an empty stomach with honey also increases brain power (memory)?

Do you know that the consumption of cashew nuts can overcome the problem of depression? Cashew is a good source of vitamin B-12, which helps a lot in relieving stress.  The issue of depression is common in today's life. Competition and a sedentary lifestyle are increasing the difficulty of depression patients. In this case, consuming cashew nut can help you in recovering from depression. Magnesium found in cashew nuts helps in increasing serotonin levels in the body. Serotonin is a chemical that is very important to keep us happy. Apart from this, cashew is also an excellent source of protein. The copper present in it helps in handling enzyme activity, hormone production, brain function etc.

Other benefits of Cashew Nuts

The benefits of cashew are not limited to this. It also plays an essential drug for many other diseases. Cashew contains monosaturated fat which keeps the heart healthy and reduces the risk of heart diseases. Applying cashew milk on the skin makes a face beautiful and soft. If you are troubled by hair loss, then regular consumption of cashew nuts helps you get rid of this problem. Apart from this, cashew contains a lot of beneficial elements like potassium, vitamin E, selenium and zinc, due to which it plays an essential role in controlling blood pressure, preventing cancer and fighting infection.

Also Read:  Here’s How You Can Cope-Up With The Empty Nest Syndrome

DISEASES DUE TO DEPRESSION: Constant mental pressure or stress gives rise to many mental disorders, victims of many physical problems. Let us know which of the following diseases can occur due to depression. 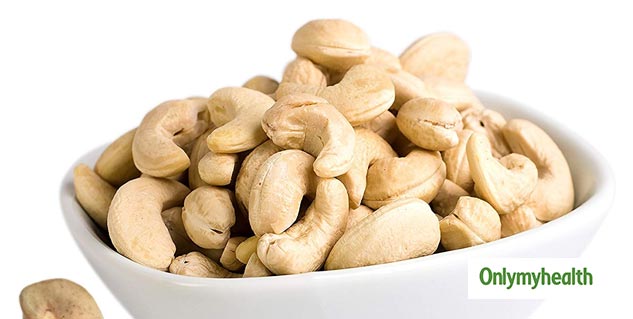