Can Your Gut Combat Your Food Allergies?

The 'misuse of antibiotics, dietary changes, higher rates of Caesarean birth and formula feeding' are the culprits behind changed Gut microbiota.

Food allergies or food intolerance is widespread and has been over the last few years. Scientists have done extensive research on why these symptoms are becoming very common in recent times, especially in people, who stay in urban areas. The most authentic recent study shows the crucial factor is Gut Microbiota. A few decades ago, there were rarely any cases showing milk or wheat allergies. Our grandparents consumed these food items for decades and had no allergic reactions. Nowadays, it is ubiquitous to find someone who is allergic to dairy and wheat.

Researchers have found a specific bacteria species that defends a person from having food allergies; Anaerostipes caccae, which belongs to a typical class of bacteria known as Clostridia. The research team of Dr Nagler from Chicago observed that the presence of Clostridia in the gut prevented allergic reactions prompted by nuts.

Food allergy is known as an immune response to a food that repeatedly occurs on exposure and generates adverse health effects. More than 85 per cent of allergic reactions come from just eight specific foods: eggs, tree nuts, peanuts, milk, soy, wheat, fish, and shellfish. Though researchers are not very sure why people in urban areas are becoming more allergic to these foods, they believe the lifestyles followed have altered our internal bacterial communities.

Also Read: 6 Foods to Eat if you are an Arthritis Patient

Infants born via C-section do not come in contact with commensal microbes such as Lactobacilli and Bifidobacteria species in the birth canal. This increases the risk of developing allergies to different food products & environmental factors like dust & pollen grains.

Nowadays, in urban areas, infants and children take multiple courses of antibiotics in the early stage of childhood. At the same time, your microbiota takes place to colonize with the right species of bacteria. During pregnancy, antibiotic intake also results in microbiome disruption & increases the risk of food allergies in infants.

Also Read: 10 Things Everyone Should Know About Knee Arthritis 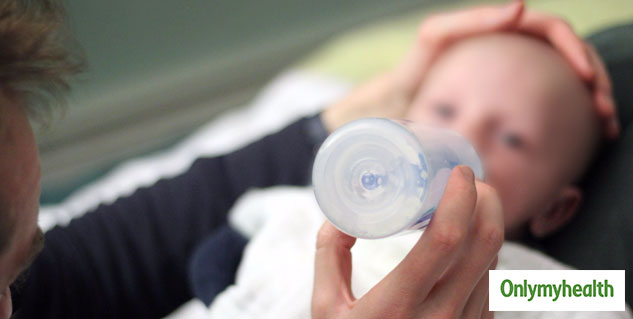 Mother’s breastfeeding plays an essential role in the establishment of immunity and gut flora in newborns. Formula feeding alters this process which has been associated with an increased risk of allergic disease. The relationship between diet and food allergies appears to begin in early childhood before the age of 3. Recent research has shown that infants who eat a diet high in vegetables, fruits, and home-prepared meals during their first year of life have less chance to develop allergies compared to infants who consume fewer of these foods.

Prebiotic & Probiotic combinations help in rebiosis of Gut microbiota which can reverse the food allergy at some levels: - The use of probiotics in a therapeutic way could genuinely pave the way in the prevention and treatment of food allergies and intolerances. Probiotic supplementation with Bifidobacterium bifidum, Lactobacillus rhamnosus, Lactobacillus acidophilus and B. lactis has been found to avert food allergy-induced atopic sensitization in babies with an ancestral predisposition to food allergies. In children aged between 4-8 with cow’s milk allergy, L. rhamnosus enhances the production of IL-10, an anti-inflammatory cytokine, and alleviates allergic symptoms. Supplementations with a multi-strain probiotic that included Lactobacilli, Bacillus coagulans, and Saccharomyces boulardii species significantly reduce symptoms in patients with non-celiac gluten sensitivity. Adding prebiotic like more fibre & oligosaccharides will also help in the survival of good bacteria. The gut microbiome in early years of life differs from that in adulthood so that the probiotic interventions may be more beneficial for the prevention and reversal of food allergies in young children, rather than in adults.