A new study has shown that hangovers can be caused by genes, and this is why you may experience it while your friends would not. 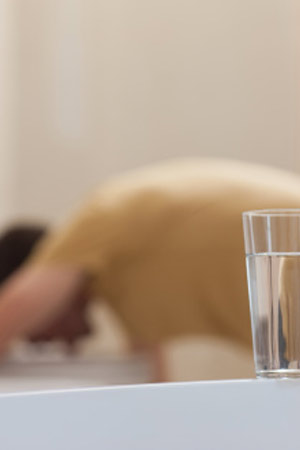 A new research now has answers to why you get a hangover after a night of drinking while others do not. It could be due to your genes.

The research which was conducted in the University of Missouri-Columbia has revealed that genetic factors could be accounting for 45 percent of the difference in hangover frequency in women, while 40 percent in men. Those people who are less susceptible to getting a hangover could have a greater risk for alcohol addiction, according to the study.

The team worked by looking at links between the participants’ genetic makeup and also the number of hangovers and consumption of alcohol which were reported by individuals who had experienced in the last year. About 4,000 middle aged people from Australian Twin Registry had participated in the telephonic survey. They reported their alcohol consumption and hangover experiences with the surveyors.

The result of the findings showed that those people who consumed alcohol more frequently should take special care to observe the way in which their bodies react.
Researchers in their statement said, "There is a strong correlation between identical twins in reports of hangover frequency as well as hangover resistance, meaning that the genetic similarities of some twins played a part in their hangover susceptibility”.

This is why you suffer with the nausea and headaches while your friends feel just fine!