Bid Adieu to Baldness and Belly Bulge with a Cream

Scientists have found that the protein that activates hair follicle growth also inhibits fat production. This may lead to development of a new cream that could help shed the flab and prevent hair loss.

In a major breakthrough, scientists have discovered that the protein that activates hair follicle growth also inhibits fat production, paving way for development of a cream that could make you thinner and prevent hair loss at the same time. 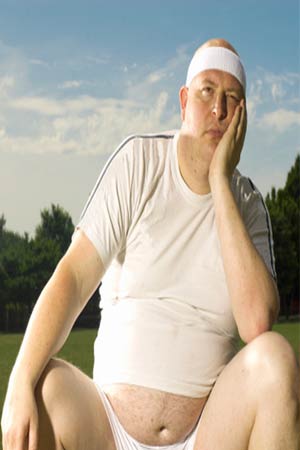 Researchers at the University of Melbourne and King’s College London have revealed a link between hair growth and fat production. Specifically, the protein that activates hair follicle growth seems to inhibit fat production. This discovery could one day lead to a cream to dissolve fat, according to the researchers.

One of the challenges of growing older, especially for men, is the loss of hair and the growth of the midsection. The ground-breaking study, published in the Proceedings of the National Academy of Sciences, confirms that changes in the hair growth cycle leads to fluctuations in the underlying fat layer of the skin. The research team, led by Professor Fiona Watt from King’s College London, says that essentially, this means skin can regulate fat production.

Watt collaborated with Rodney Sinclair, Professor of Dermatology at the University of Melbourne and Epworth Hospital.

According to Sinclair, the results of their study could possibly be used as both a means to replace fat lost in scar tissue, or as a localized treatment for obesity.

“The specific chemicals identified in this study could be produced synthetically and used in creams for topical application to the skin to modulate growth of fat beneath the skin.”

“A cream could trim fat specifically where it was applied by ‘pausing’ the production of factors that contribute to fat cell growth.” he said.
Prior research long ago established the effect of changes in the fat tissues on the synchronized patterns of hair follicle growth.

“This is the first demonstration that the opposite also holds true in that the skin below the hair follicle can regulate the development of fat,” Professor Sinclair said.

These findings could have implications for the future treatment of obesity, male and female pattern baldness, and alopecia—an autoimmune condition that affects one to two percent of the general population, and can cause partial or complete hair loss over the entire body.