Covaxin Gets Expert Committee's Nod For Kids Aged 2-18: What We Know So Far

The Subject Expert Committee (SEC) of the Central Drugs Standards Control Organisation (CDSCO) has given its nod to Bharat Biotech’s Covaxin for children in the age group of 2-18, news agency ANI reported quoting official sources. The expert committee has sent the recommendation to the Drugs Controller General of India (DCGI), which is expected to give its go-ahead soon. Developed by the Hyderabad-based Bharat Biotech in a collaboration with the Indian Council of Medical Research (ICMR), Covaxin is India’s indigenous vaccine and is currently being administered to adults.

Bharat Biotech had conducted phase 2 and 3 clinical trials of its COVID-19 vaccine on children below the age of 18. The trials were completed in September 2021 and the company had submitted its results to the DGCI at the start of this month. As it is expected to get the DGCI’s nod soon, let us take a look at what we know so far. 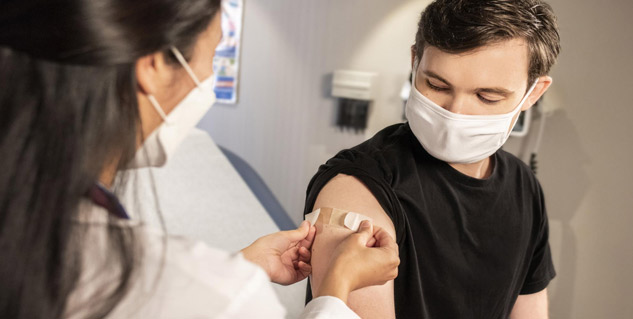 The paediatric Covaxin will use a pre-filled syringe or PFS mechanism.

Children will receive two doses of the vaccine separated by 28 days.

Here is all you need to know about Covaxin:

Covaxin is not the first COVID-19 vaccine to be approved for kids. In August, Ahmedabad-based Zydus Cadila three-dose vaccine, ZyCov-D, had received the DCGI’s recommendation for those aged 12 and above. However, its use hasn’t started yet. Pune-based Serum Institute of India (SII) has also started the clinical trials of  Covovax for children in the age group of 7 to 11. The vaccine isn’t India’s indigenous and has been developed by the American pharmaceutical firm Novavax.

Photo Credit: Twitter/@PCMohanMP
MORE FOR YOU
Bariatric Surgery: Types, Benefits & Precautions
5 Signs That Your Partner Is Emotionally Unavailable
When Daydreaming Gets Out Of Hand: Understanding Maladaptive Daydreaming
Dealing With Lack Of Confidence? These 7 Yoga Poses Might Help
Using Pore Strips To Eliminate Blackheads? Know Why Not To Use
India Makes History By Completing One Billion Covid Vaccinations Milestone