Becoming Overweight During Pregnancy Can Be Dangerous In These 3 Ways

Pregnancy is the most beautiful phase of womanhood. A woman grows with the fetus, by the time she had to hold her baby in her hands. These nine months change a woman into a mother. A girl starts living the life for her baby, she eats, drinks and breathes for the little one inside her womb. When a woman is pregnant a lot of hormones are released into her body. These hormones make her emotional and very caring. People usually preassume pregnancy as the time when the responsibility of a mother is just to eat and relax. This is probably a very wrong misconception, a mother is supposed to rest but not all the time. Women usually ignore their own body for the sake of their baby. They overeat thinking that the development of their baby will get better but the things will never fall into the correct phase with this approach. These young mothers need to realize that overeating would ruin their body and they will gradually develop health issues. These health issues could be hazardous for both, the baby and the mother.

Some of the hazards of overweighing during pregnancy are mentioned down below: 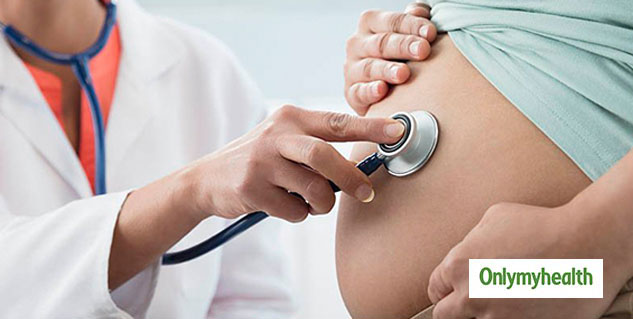 Also read: Here Are Some Healthy Drinks For Post-Term Pregnancy And Delivery

More prone to have complications during pregnancy

Extra weight during pregnancy increases the size of the fetus. Though the larger size of the fetus is not at all harmful for the baby, the mother will have to bear a lot of pain during the parturition period. Hence chances are there that delivery would turn caesarian. Apart from them in case, the baby is much heavier than normal weight, there are chances that the baby would get shoulder dystocia, where the shoulders are larger than the head of the baby. It may take years for you to get in shape

After having a baby it is not easy to hit the same shape as before. As you have to feed your baby, you can't do strict dieting. Even your baby demands a lot of time from your schedule and it becomes very difficult for a young mother to take out time for gyming and exercising. Other than that once your body has expanded into a larger mass it is very problematic to again shrink up. Therefore it is always advisable to maintain proper body weight during pregnancy to avoid later health issues.