Arthritis In Children Is Rare But Concerning, Here’s A Doctor’s Guide For Parents

Children can get arthritis too! This is a rare situation but possible. Therefore, parents must understand all the aspects and keep children safe.

Arthritis in children, also called Childhood Arthritis or Juvenile Arthritis, is, fortunately, a rare occurrence and not as long-lasting as arthritis in adults. It also involves less number of joints, thus is considered less severe than those in adults. Although it is rare, children with arthritis may experience permanent physical harm to their joints, making it difficult for them to perform basic daily tasks like dressing or walking. In this article, Dr. Prashanth Inna, Consultant - Paediatric Orthopaedic Surgery at Manipal Hospital Old Airport Road shares causes, symptoms and treatment for arthritis in children.

Causes of Arthritis in Children

There is no identified cause for arthritis in children, but there is a genetic predisposition where some kids are more likely to develop arthritis than others.  However, it is not necessary that their parents suffer from the same disease. 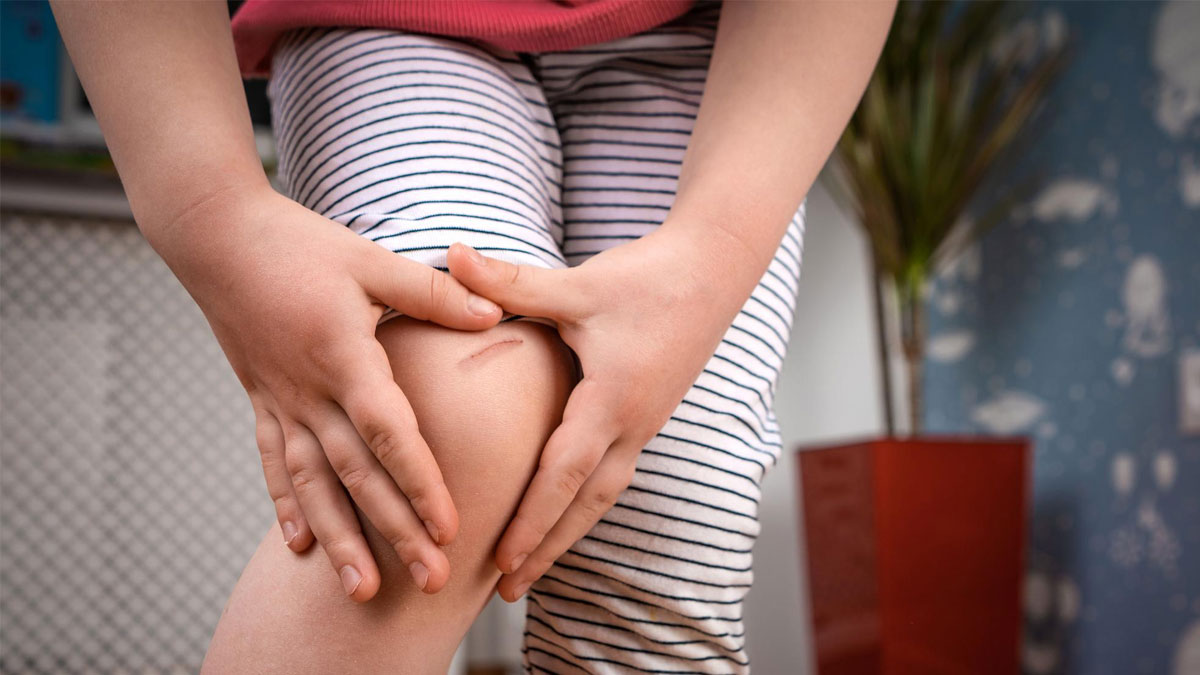 The involved joints can have pain and stiffness, especially in the mornings, although this is not commonly found in kids. The involved joints may also have swelling, pain, and warmth along with reduced movements. Certain joints, like the hip and hand, may not always show swelling. Restricted motions can only be detected in the final degrees of movement. The walking style may additionally appear abnormal when it affects the joints of the legs or lower limbs.

The first episode of Arthritis usually follows a severe bout of viral illness. However, the subsequent attacks may not always need a generalized illness to begin. In addition to joint pain and fever, children with other types of arthritis may also experience generalized illness, pain in the lower back, and pain where the muscles attach to the bones (Also called Enthesitis).

Also Read: Persistent Knee Pain Could Be A Sign Of Osteoarthritis, Here's How To Manage

The diagnosis is usually made when the aches and pains do not go away quickly after an episode of a viral illness or when they return repeatedly in a matter of days. A physical examination, relevant blood tests, and radiological tests (X-Rays, MRI scans, and ultrasound scans) help in diagnosing childhood arthritis. The treatment is reasonably simpler than that of adult arthritis. Medicines usually control the illness and fortunately, need not be prescribed for a long period as opposed to adults. However, if left untreated, they may suffer from devastating joint destruction and other issues.

To summarize, arthritis in kids is less common and less severe than in adults. When the symptoms are subtle, a strong clinical suspicion and early detection help in avoiding any devastating complications to the joint because of arthritis. Most kids can return to normal lives after suitable treatment.

Different Nutritional Deficiencies In Children, As Per Paediatrician