Are you ruining your eye health by watching TV from close

Sitting close to a TV will ruin your eyes may represent a fact for 1960s but in present times its nothing more than a myth. Wondering how a fact of past is today's myth? Lets understand how it all happened.

Sitting close to a TV will ruin your eyes may represent a truth for 1960s but in present times its nothing more than a myth. Wondering how a truth of past could be a myth of today? Lets understand how it all happened. 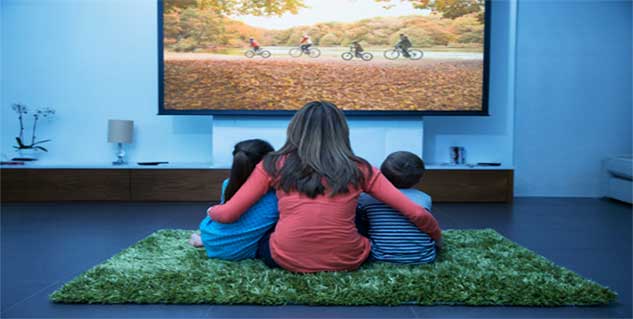 Well, in 1960s, TV used to be one of the most popular inventions and there is no denying that it still is with more advanced technologies. But people who owned general electric television had a different tale to tell, because it was reported by General Electric that many of their then colour televisions suffered from “factory error”. Those TV sets were found to emit excessive X-rays which were about 10 to 100,000 times higher than the acceptable rate. To avoid its health hazards specifically on children it was recommended to keep at least few feet distance from the TV and restrict the constant watching period for not more than a hour at a time. Although the defective TVs were called off and repaired by putting a leaded glass shield around the tubes to ensure close viewing safe.  This is issue still prevails but merely as a myth.

Does that mean television screen distance has no impact over eye health?

Well, the ophthalmologists will not rule this out completely either. Most eye doctors are of the opinion that watching television closely may not cause damage to your eyes but it may leave your eyes strained and fatigued. Major symptoms of eyestrain include headache, watery eyes, itching, burning, light sensitivity, and blurred vision.

Although, the negative impact of watching TV from close on your eyes may be less, but it may cause few other health problems indirectly particularly among children.  It has been reported that children who are addicted to TV are more vulnerable to become overweight and aggressive due to the tendency of imitating what they watch, which is very obvious. Furthermore, if you notice that after constant instructions your kid still prefers to watch TV very closely, than it is time for you to get your kid’s eyes checked for nearsightedness by a doctor. If the results came out to be okay, then stop worrying as it is seen that most of the children leave this habit as they grow older.

Treat your eyes with “eye breaks”

Strained and fatigued eyes can be easily cured by simply switching off the TV and giving your eyes a short break, perhaps a short nap or a deep good night sleep.  It’s even good to relax your entire body by simple stretching or trying any movement that gets you away from TV or computer screen for at least five minutes in a hour.

Besides, try to blink your eyes more often as it will help in proper lubrication of your eyes,  preventing them from getting too dried out. An eye massage or eye exercises will make your eye muscles stronger and capable to restrain eye strain and fatigue. Follow a routine checkup of your eyes to keep serious eye issues at bay.