Bollywood megastar Amitabh Bachchan tweeted about black spot of his left eye and remembered his mother. Know all about such dark spots in the eyes.

Bollywood megastar Amitabh Bachchan is struggling with a particular eye disease these days. According to doctors (after the examination), a black spot was seen on the pupil of senior Bachchan's eye. The doctor has described it as the effect of age. According to Amitabh's tweet, the doctor said that due to old age, the white part of his eyes has been eroded, due to which blackness has started to appear. Amitabh completed 77 years of his life on October 11, and still, he is actively seen on both big and small screens.

The doctor also described a special solution to remove this black spot in Amitabh's eye, after which he remembered his mother. Amitabh became emotional on this matter and could not stop expressing his feelings on Twitter.

Amitabh wrote that the doctor has told him to foment the eyes with mother's pallu. But since his mother is no more, (who used to press and fomented the handkerchief) therefore, he is using artificial techniques. Amitabh further writes that he did not get any benefit from this artificial remedy and on this, he said, "Mother's Pallu is Mother's Pallu !!"

Why do such floaters appear on the eyes?

Although there can be many reasons for such dark spots/floaters on the eyes, this problem becomes common in old age. According to the Magruder Eye Institute, our eyes are filled with a special thick gelatinous substance called vitreous. With our growing age, the thickness of this substance decreases and it becomes liquid. During this time, there is pressure on the upper surface of the eyes, which causes clumps. 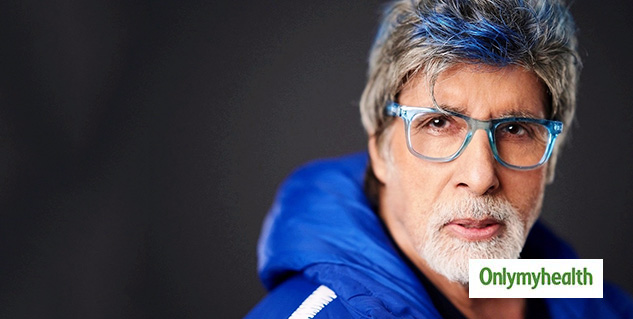 After 65 years of age, 80% of people may have this problem. Many times this spot can also be seen floating in the eyes, that is, it keeps moving from one place to another. However, this is not a serious problem. But even if you see such a blemish in your eyes, then contact your doctor once, because there can be many other reasons for such spots, which can become dangerous over time and also for your eyesight.

Interested In The 'No-Exercise Fat Loss' Secret? Here's What Scientists Have Found