Air We Breathe is Laced with Cancer-causing Substances:WHO

Air pollution had been known to cause heart and lung diseases, but evidence had now emerged that it was also causing cancer. 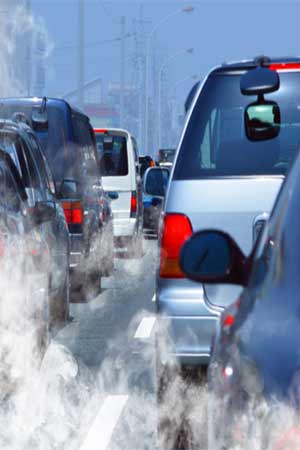 World Health Organization (WHO) has declared pollutants in the air as leading cause of cancer. Air pollution had been known to cause heart and lung diseases, but evidence had now emerged that it was also causing cancer.

The pollutants in the air we breathe has been officially classified as carcinogenic to humans with sources of pollution being car exhausts, power stations, emissions from agriculture and industry. According to the International Agency for Research on Cancer (IARC), air pollution in now classed in the same category as tobacco smoke, UV radiation and plutonium. The agency report said that the most recent data suggests 223,000 deaths from lung cancer around the world were caused by air pollution. It also suggests that there may also be a link with bladder cancer.

According Dr. Kurt Straif of IARC, the air we breathe has become polluted with a mixture of cancer-causing substances. He added that the results suggest that outdoor air pollution is not only a major risk to health in general, but also a leading environmental cause of cancer deaths.