Nose bleeding does not ring a bell, but if it happens regularly, it can be a problem. Some tips can come handy to stop nose bleeding.

Some people complain of bleeding in the nose due to excess heat, also especially during the seasonal transition. Some may experience this condition due to eating warm food items. Even though nose bleeding is a prevalent syndrome and does not ring a bell but this happening now and then is certainly not very healthy. Treating nose bleeding may not require a doctor every time. Firstly, one should know does the nose bleed. Staying in excess heat, consuming too much chilli and spices, injury to the nose and extreme cold and cough can lead to bleeding and rupturing of the nerve leading to nose bleeding. There are also specific symptoms that happen before nose bleeding, which include: 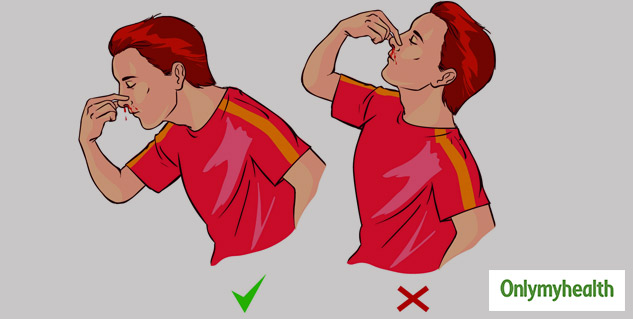 Also Read: Having A Headache? Try This Effective Massage For Immediate Relief

Pouring cold water on the head is one of the first remedies that one should try when the nose starts to bleed. This is because nose bleeding happens due to excess of heat and pouring cold water on the head gives the required coolness. Also during this time, one should only breathe through the mouth instead of the nose, and heavy breathing through the nose may further rupture the nerve. Also, keep the head tilted forward to stop the bleeding.

Onion has many health benefits. It is not just beneficial to be included in the diet but does wonders on skin and hair too. Onion has anti-inflammatory, anti-allergic, anti-oxidant and anti-carcinogenic properties, and are a rich source of Vitamin A, B6, B-complex and C. When it comes to nose bleeding, onion also helps in controlling nose bleeding. For this, one has to cut a piece of onion and keep it close to the nose. Sniffing onion lightly can help reduce and stop the bleeding for its many properties. A cold compress is the best remedy to stop the nose from bleeding. This is because nose bleeding happens mainly because of excessive heat, and this can be controlled by doing a cold compress on the head as well as on the nose area. For this, one should take a few ice cubes, wrap it in a cloth and sit up straight with the head tilted back. The pack should be applied on the nasal bridge and the head for 5-10 minutes with breaks in between. This process should be repeated until the nose stops to bleed. 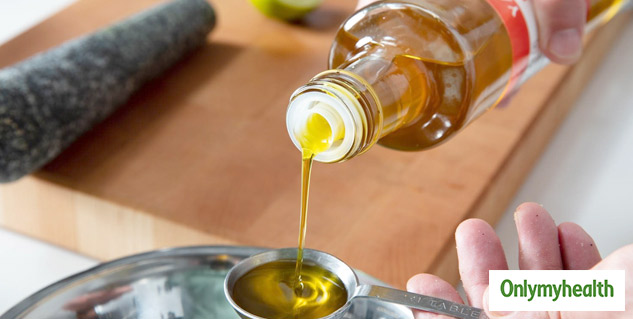 Sudden nose bleed may require faster actions. Mustard oil is one remedy, which one can always find in their kitchen shelf as it is extensively used for cooking in the Indian kitchens. Mustard oil is anti-bacterial, anti-fungal and anti-viral. By using it internally and externally, it helps in fighting many types of infections. It also prevents digestive infections in the stomach. Mustard oil is especially beneficial for people who have asthma. When it comes to nose bleeding, heat oil for a few minutes and apply on the nostrils with the help of cotton swab. Keep the nostril covered with the oil dipped swab for maximum benefits.