4 Accessories (apart from your skinny jeans) that can be lethal

Fashion is a thing to follow but to an extent. It is better to leave fashion trends alone when they start to interfere with your health. Here are five everyday clothing pieces with shocking health risks.

A 35-year-old Australian woman learnt the hard way how her jeans came with a heavy price tag when the skinny jeans she was wearing cut off the blood supply to her calf muscles. It was so bad that she had to crawl to seek help.

“When she arrived, she had massive, really severe, swelling of both calves to the extent we were unable to take her jeans off without cutting them,” according to Thomas Kimber, a consultant neurologist and co-author of the Neurology, Neurosurgery and Psychiatry journal article.

“She couldn’t move her ankles or toes properly and had lost feeling in her lower legs and feet,” he said.

Squatting for hours as she helped a relative move closets had prolonged the compression in her legs. This resulted in damaged muscle and nerve fibres in her lower legs. Tight jeans had worsened her condition. By the time she was rushed to the hospital, her legs had swollen so much that doctors had to cut the jeans off.

Doctors want you to learn from this “cautionary tale”. But, skinny jeans aren’t the only piece of clothing that may harm your health. Yes, there are others and you’ll be shocked to know which ones. 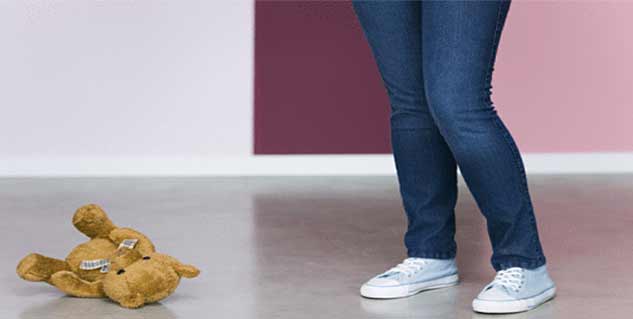 Ever since the dangers of lead became known to the world, manufacturers found a cheap replacement of the metal a.k.a cadmium. However inexpensive and easy-to-handle it may be, it also is horribly toxic and associated with causing kidney/bone/liver diseases and cancer. Cadmium is used to make cheap jewellery.

A study done by the Center for Environmental Health found handbags made by major retailers to contain more lead than their Chinese knockoffs. Some products had 30 to 100 times more lead than the federally set limit. So, every time you dig into your bag to find stuff and then touch your child, you are exposing their young bones to lead. While your body can fight off the toxins, your kids’ can’t.

Facial piercing could affect your brain

While getting your tongue pierced may get you an entry into the “cool” club of like-minded people, it may also mess with the way your brain works. Facial piercings can damage facial trigeminal nerve, which is connected to your cerebellum and vestibular nucleus parts of the brain that control eye alignment and posture.

Oral piercings can put you at a potential risk for transmission of herpes simplex and hepatitis B and C. The worse kind of danger is of endocarditis. Bacteria could enter your blood stream through an open cut or soar i.e. the site of your piercing. It can thereby reach your heart and cause inflammation of the valves. 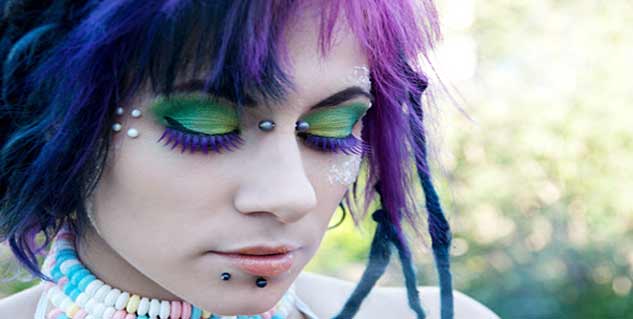 Bras can affect your sleep and immune system

The health impacts of wearing a bra have often been a topic of debate for experts. According to test conducted by the Department of Environmental Health at Nara Women’s University, women who sleep with a girdle or brassiere on, show decreased levels of natural melatonin.

Melatonin is the sleep hormone produced by the pineal gland in your body; it regulates your sleep cycles and is triggered by darkness. Melatonin has anti-depressant, immune-regulatory, and anti-ageing properties.

Neckties can mess with your eyesight

If you don’t like wearing neckties, you have all the more reasons to not wear them. Apparently, wearing a tie can put you at risk for glaucoma – the most common eye disorder which may lead to permanent blindness.

When you wear a tie, the pressure in your eyes increases and there is an obstruction of blood flow to and from the head. For a 2003 study published in the British Journal of Ophthalmology, researchers asked 40, 20 completely healthy and the other 20 glaucomic, to tighten a necktie to “slightly uncomfortable” levels for three minutes. Their intraocular pressure was then measured.

An increased pressure in the eyes was reported in 60 percent of glaucoma sufferers and about 70 percent in the healthy group. Imagine the irony of life, how wearing a necktie could lead you to a day when you won’t be able to see how absolutely kickass you look!

Being a fashionholic isn’t bad, but also make note to not harm your health. We are not asking you to trash all your trendy clothes and fashion choices, but to be considerate towards your body. Give it some space to breathe.