White bread are made up of refined grains and aren’t nutritious- they put you at risk of weight gain, blood pressure, indigestion and diabetes.

It’s an old saying that “the whiter the bread, the sooner you are dead.” Despite of being aware of this fact, millions of Indians consume white bread every single day of the year. Do you know the how harmful white bread cab be to  your health?

White bread is made with processed flour which is certainly not good for our health. It may be easily available, makes a soft loaf and looks delicious but, it has no nutritive substances. Numerous scientific studies have time and again warned us that certain food items like white bread, that are commonly consumed by modern men should be kept at bay. 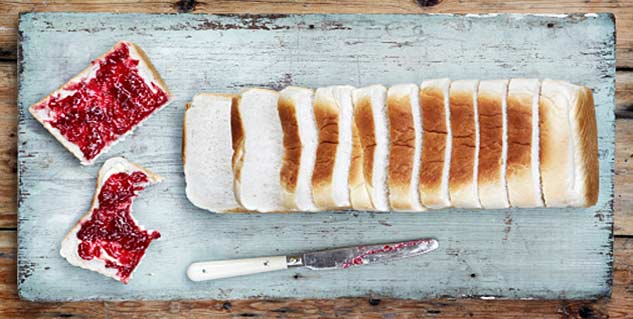 White bread is used in most of the savoury foods like Kaiser rolls, bagels, and pizza crusts, and this may be one of the crucial reasons why all these foods have been told to have adverse effects on our health. Here are some reasons why you should give white bread a miss and opt for brown bread or whole-grains bread instead.

The logic behind this risk is that, because white bread is made with highly refined flour which absorbs sugar rapidly. Therefore, it can be considered equivalent to high consumption of sugar; and sugar transforms into fat. So, people who consume a lot of bread should sensibly switch to whole-grain or brown bread.

Is Low in Nutrients

When a whole grain is finely grounded and stripped of its bran and germ, refined grain is formed; it lacks fibre, vitamins and minerals. White bread is made from these refined grains and hence, is low in magnesium, zinc, vitamin E, fibre, and essential fatty acids.

The measurement of how quickly and how much food affects your blood sugar and insulin levels compared with pure glucose is called the glycemic index. The refined grains present in white bread are rapidly absorbed during digestion, which causes spikes in blood sugar and insulin levels. So, the high glycemic index in white bread increases your risk for weight gain, type 2 diabetes and heart disease, according to the Harvard School of public Health. 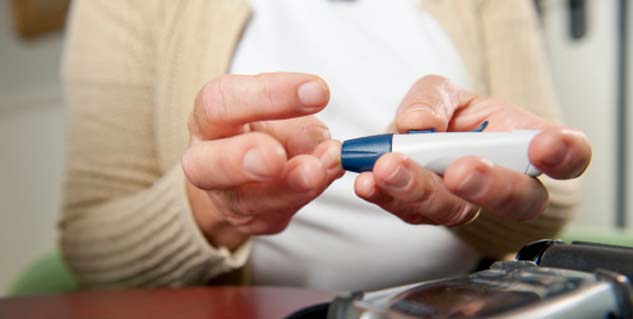 To make the flour whiter, it is bleached with chemicals and heavily processed. Processing the flour sucks 30 nutrients from the bread, returning only a handful. Some manufacturers do add the nutrients later though, but that becomes useless.

If you are a vegan and consider white bread as a part of your diet plan, you must know that it contains animal by-products like eggs, emulsifiers, lactase, shortening and glycerides. You might find this fact unbelievable, but unfortunately it is true.

You can happily blame white bread for your tummy troubles. Your digestive health needs fibre to function properly, making white bread a poor source of the nutrient. A single slice of whole grain bread can provide you with the same amount of valuable fibre that 16 slices of white bread contain.

White bread raises levels of bad LDL cholesterol in your bloodstream. This can lead to problems such as heart diseases that are related to the narrowing of the arteries. When levels of LDL cholesterol become too high, artery walls thicken and get blocked, leading to thrombosis (blood clots) as well as high blood pressure.

But, all is not lost! While eating white bread is bad for your health, bad for your weight and bad for your digestive system, there is healthy alternative- whole grain bread; it retains the nutrients and dietary fibre.