World Thrombosis Day 2021: How To Differentiate Between Thrombosis & Embolism

World Thrombosis Day is celebrated on Oct 13 on the birth anniversary of German physician Rudolf Virchow, who came up with the concept of thrombosis

We all know that the human body has its defense mechanisms to protect itself from foreign invaders. One such line of defense is blood clotting, which is a common way of protection in case of an injured blood vessel. In normal circumstances, the formation of blood clots is a good thing. It helps in healing. But, what happens if this goes wrong? Thrombosis, as per the National Health Portal of India (NHP), is the formation of a clot in an artery or vein. This can obstruct the blood flow and can detach and lodge into other organs, causing serious implications.

To raise awareness on this issue, World Thrombosis Day is observed on October 13 every year. It is celebrated on this day to commemorate the birth anniversary of Rudolf Virchow, the 19th-century German physician, biologist, pathologist, and anthropologist, who developed the concept of thrombosis. Similar to thrombosis, embolism, which is another medical condition, also involves the obstruction of blood flow due to a blockage caused by a foreign object. On the surface, these two might appear similar but are two distinct medical conditions with underlying differences. To understand the difference between the two, Onlymyhealth spoke to Dr Bhavesh Arun Popat, Vascular & Interventional Radiologist, Endovascular Clinic, Mumbai. Here is what he said: 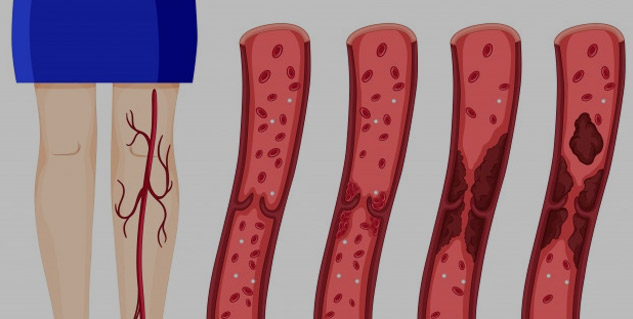 As per studies, both thrombosis and embolism are therapeutically silent, which means these are asymptomatic, hence, are difficult to diagnose. But knowledge regarding the symptoms can ensure timely intervention, thus preventing any serious consequences. Any delay can raise concerns regarding the heart, lungs, brain, and other parts of the body.

It is of two types:

A person with thrombosis can experience the following symptoms:

If you experience any of these, consult a doctor immediately. The kind of embolic material determines what type of embolism one has. It is broadly classified into the following types:

Here are some of its symptoms:

Also read: Travelling for Long Could Put You at Risk for Deep Vein Thrombosis

How To Reduce The Risk Of Thrombosis?

First and foremost, an unhealthy lifestyle can increase your risk of thrombosis. Although it’s not possible to completely prevent it from happening, early diagnosis and prompt treatment can save you from serious implications. Dr Popat has enlisted tips that can help you prevent thrombosis:

As stated in the beginning, blood clotting isn’t always a bad thing. In fact, it helps in healing. But when clots form in the wrong places, they can cause serious health complications and can even turn out to be fatal. Hence, do not ignore the symptoms, both of thrombosis and embolism. Go for regular health checkups as early diagnosis is the key to prompt treatment and recovery. Also, have a healthy lifestyle as it can help you in preventing these illnesses in the first place.