World COPD Day 2019: An Air Purifier Can Be A Collective Solution To Several Lung Diseases

As the citizens gasp for breath in North India, the debate rages on tackling air pollution with the winter aggravating health concerns

According to System of Air Quality and Weather Forecasting And Research (SAFAR), Delhi’s overall 24-hour average AQI was at 218 on November 19 after a week of fluctuating between moderate and poor category. SAFAR, noting an increase in stubble fire counts, also predicted that the air quality would be deteriorating to “very poor” category and “severe” category. This is despite the odd-even scheme measures taken by the Delhi Government. This has been attributed to accumulations of pollution in region and hence directly putting the health of people at risk. And it is not just Delhi. The trend has been witnessed in other cities in India as well. Supreme Court of India to Lok Sabha, the issue has taken centre stage in the country. And seeing that despite concerns being raised about increasing pollution, the solution to the problem is far away. This is evident by the fact that a meeting on air pollution in Delhi-NCR was postponed last week as a majority of Members of Parliament and heads of civic and infrastructure agencies remained absent.

Hollywood actor Leonardo DiCaprio took to Instagram to raise awareness about the issue prevailing in India and quoted World Health Organisation states that said that air pollution in India kills around 1.5 million people every year, making air pollution the fifth-largest killer in the country. ⁣ ⁣

#Regram #RG @extinctionrebellion: Over 1500 citizens gathered in at India Gate, in New Dehli, to demand immediate action on the cities hazardous pollution levels.⁣ ⁣ According to the World Health Organisation, air pollution in India is estimated to kill about 1.5 million people every year; these statistics make air pollution the fifth-largest killer in India. ⁣ ⁣ People of all ages joined the demonstration, which succeeded to directly trigger action for Indian citizens:⁣ 1. The Indian Prime Ministers office set up a special panel to address the issue, within a few hours of the protest. The panel is due to report on the issue within 2 weeks.⁣ 2. The Supreme Court of India asked the Central Government and respective state governments to fix the crop and waste burning issue of Dehli within a week. ⁣ 3. The Center accepted that Green Fund will be used to combat toxic air pollution. ⁣ 4. The Indian Prime Minister asked the Agriculture Ministry to distribute equipment urgently so that crop burning is no longer necessary. ⁣ ⁣ Despite these promises, the air is still unsafe and activists will keep the pressure on until the air pollution reaches safe levels. ⁣ ⁣ The protest was organised by a collaboration of movements; @xrebellionind @LetMeBreathe_In @FridaysForFutureIndia_ along with other activists. ⁣ ⁣ Photography by Arjun Mahatta and co, via @FridaysForFuture ⁣ ⁣ #RightToBreathe #ExtinctionRebellion #IndiaGate #SolutionNotPollution #ActNow #RebelForLife

As per Global Burden of Disease study, 2018 by University of Washington, after heart disease, Chronic Obstructive Pulmonary Disease (COPD) was the second-highest cause of death in the country in 2017, taking the life of 1 million (958,000) Indians in that year.

COPD is an incurable condition that leads to inflammation in the airways in the lungs and damages the air sacs, which are responsible for extracting oxygen from the air and pump out waste, which includes carbon dioxide. Patients with COPD cough, wheeze and experience shortness of breath. The cause of COPD is attributed to long-term exposure to lung irritants and toxic elements in the air.

Dr Inder Mohan Chugh, Director, Interventional Pulmonology and Sleep Medicine, Max Super Specialty Hospital, Shalimar Bagh, New Delhi says, “Over the years, the incidence of COPD has increased dramatically in the country. Often people mistake breathlessness and coughing as a sign of old age. However, increasing breathlessness is a red flag for COPD. The term COPD is an umbrella term to describe lung diseases, and it can develop for years in the human body without noticeable shortness of breath. The disease is characterised by an obstruction of airflow into and out of the lungs that makes breathing difficult.” 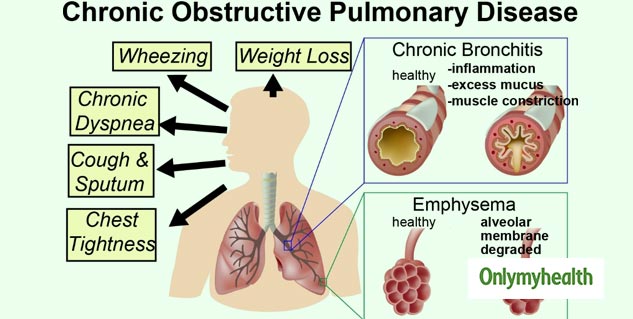 With political slugfest continuing in the national capital itself and seeing that the stubble burning and air pollution caused by industries have to be dealt on a national and international level, the citizenry is forced to take matters into its own hands. Many were seen wearing masks as they went about doing their day-to-day routine. There are talks of oxygen bars and oxygen sprays and also “bottled” fresh air being made available online. There is also talk of outdoor air purifiers being employed by the Delhi government. And this is not the first time that air purifiers are in vogue. As per a Reuters report published in March 2018 quoting government data, the Centre spent Rs 36 lakh buying air purifiers for Modi’s offices and at least six central departments during 2014 and 2017.

“COPD is most prominent in winter. As the temperature drops, people with COPD are more prone to illness. The effect of cold weather on the lungs can be extreme and chronic exposure to cold environments is known to cause dramatic and harmful changes to the respiratory system. With the onset of winter, blood vessels begin to narrow, restricting blood flow and depriving the heart of oxygen. It is the leading cause of cold-related mortality among the elderly. Even genes play a big role in an individual’s development of COPD. Hence, one must visit a specialist immediately in case there is a single symptom indicating COPD. A simple spirometry (Pulmonary Function Test) test taken in time could save lives,” adds Dr Chugh.

Can air purifier reduce the risk of COPD?

As per the Kent website, the indoor air is five times more polluted than outdoor air as the air which enters into our homes gets stagnated. It has to be noted that other particles such as cooking emissions, dust mites, bacteria and allergens contribute to the air quality as well.

So, having an air purifier can at least lessen these elements inside the house and thereby alleviate the increased risk of COPD under the current weather conditions.

How does purifier work? 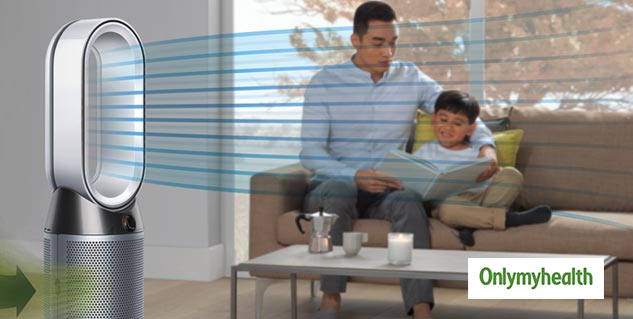 There are all sorts of purifiers available with ULPA (ultra-low penetration air) filter, HEPA (high-efficiency particulate air) filter, activated carbon filter or ultraviolet filter. The costs of the air purifiers range from Rs 7,000-15,000 and even go up to Rs 30,000-50,000 for advanced equipment.

The HEPA filters usually only eliminate particles down to .03 microns and seeing that bacteria can be as minuscule as .01 microns. They are not adequate for tackling the patients suffering from COPD or those who are susceptible to such conditions.

Also, do check the clean air delivery rate (CADR) which tells how much area the purifier can cover and hence will help you decide on the capacity you are considering and in how many rooms.

As per airpurifierguide.org, doctors “highly recommend” air purifiers for patients who have COPD and other such ailments. So, to reduce the risk of COPD, patients might need a multi-stage filtration system or one specifically recommended by the professional as the condition of the patient.

The benefits of air purifiers 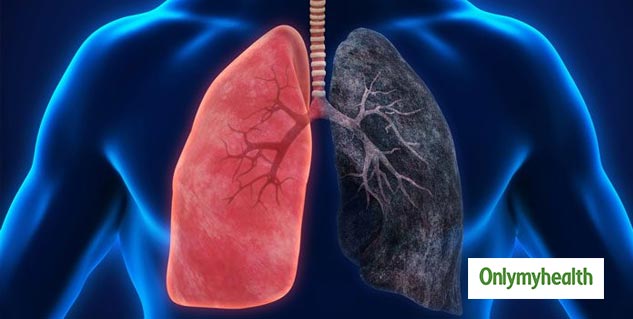 It is a fact that airborne particles cause many allergies. Since air purifiers keep a check on the sources of pollution and aid in proper ventilation indoors, they can benefit in reducing the risk of COPD and similar issues. However, they do not entirely guarantee removal of the airborne viruses.

How to place a purifier for maximum advantage at home

As per Kent website, one must close the doors and windows while using the air purifier and may open it when they are not in use to improve the flow of fresh air. Place the air purifier where it gets room to operate correctly. As mentioned above, CADR gives a stock of its capacity and considering the room’s size, one can decide on what kind of air purifier they need.

MORE FOR YOU
What Is The Relationship Between Substance Abuse & Risk Of Cancer? Here Are Tips To Reduce The Risk
Remedies For Period Pain Lies Right There In Your Kitchen: Ayurveda Expert Explains
Does Your Child Have Yellowish Tongue? Know Symptoms, Causes And Treatment For This Problem
Q&A: Facts To Know About Arthritis From An Expert
Do You Know About Protein Poisoning? Here Are Effects, Causes, Symptoms Of This Condition
1st Zika Virus Case Of UP Recorded in Kanpur, IAF Officer Infected