Women have Smaller but Efficient Brains

Women may have smaller brains in comparison to men, but they better than to complete a task, a recent study has claimed. 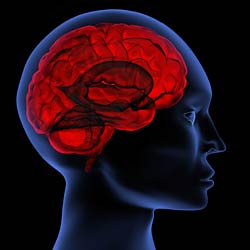 A panel of neuroscientists from the University of California and universities of Madrid suggest that women may have smaller brains than men, but they are more efficient at completing a task.

For long, scientists were puzzled over why women show no difference in intelligence, although their brains are 8% smaller than men’s. The study found that women’s brain is more efficient, which needs fewer neurons and less energy to complete a task than a man’s.

Several psychological tests were conducted on 59 women and 45 men (18-27 age-group). Scientists found that in women the hippocampus, a brain component that plays the lead role in memory, intelligence and emotion, takes less energy and uses fewer brain cells on a given task than in men.

Women outperformed men in inductive reasoning, numerical skills and were better at keeping track of a changing situation. Men outperformed women only on spatial intelligence.