Can Menopause Lead To Memory Loss? Know What This Study Has To Say

Women experience many issues during menopause and cognitive decline is also one of them. Read this article to know why does menopause affects memory.

There are different phases in a woman’s life where she goes through a lot of changes both physically, emotionally and psychologically. Menopause is a period that brings the most changes in her life including positive and negative. One of them is the weakening of memory. Have you ever noticed a woman in menopausal age forgetting small things or getting irritated at small issues? This is because of the hormonal changes she is going through. Weight gain, mood swings, etc. are also caused because of that. Let us tell you about this study that established a link between menopause and memory issues.

Menopause is generally regarded as a phase that brings physical changes due to hormonal fluctuations. But a research finds that cognitive changes are also a part of menopause. A lot of women experience a weakening of memory as a symptom of menopause. Forgetfulness, the problem is registering things, understanding concepts, etc. are a part of menopause.

What is this research? 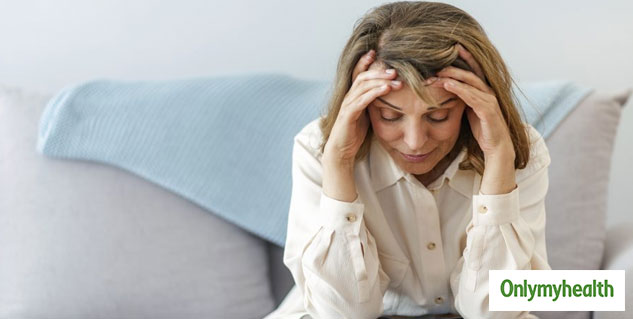 ‘Menopause’ a journal issued by the North American Menopause Society(NAMS) explains the relation between menopause and memory loss. According to the researchers, cognitive decline is a key determinant of the menopausal period. In general, it is believed that memory loss is experienced with age however, it is half-true. This study finds that menopause a risk factor for cognition dysfunction other than ageing. A woman undergoes cognitive changes in premenopause, menopause and postmenopause periods.

Why does menopause affect memory?

In order to find the answer to this question, researchers conducted a study including around 440 women. They found that they are dealing with memory and learning issues before and after menopause. The symptoms become severe gradually where one can become forgetful post-menopause.

The other factors that compromise cognition are stress, low education, low-income, physical and mental health issues and HIV. The detailed study shows a cognitive decline over time from premenopause to menopause to postmenopause. Attention, memory and learning all are compromised within this period.

Also Read: Eat These Foods To Avoid An Early Menopause

Dr. Stephanie Faubion, NAMS medical director says, “This study, which included a racially diverse sample of low-income women and women with HIV, adds to the existing literature on cognitive changes across the menopause transition and showed a significant cognitive decline in learning and memory that persisted into postmenopause. Additional research is needed to confirm these findings and to identify the factors responsible for individual differences in cognitive changes.”

Tips to manage this condition

Here are some suggestions that can reduce memory decline in menopause:

Among the various issues during menopause, cognitive decline is one. Most women experience unfavourable changes in memory, information processing, learning, etc. in the menopausal age. Some women also suffer from menopause brain fog. Therefore, every woman must take good care of herself to prevent these symptoms as much as possible.