Know why and how "marriage makes you fat" is real!

A study has found that an average husband and wife pile on about four and a half pounds each after tying the knot. This increase can be blamed on change in lifestyle and social factors.

Love weight is a fact! Earlier, the institution of marriage was believed to have a positive influence on health and life expectancy. A recent study has proved the notion wrong with the help of statistics. 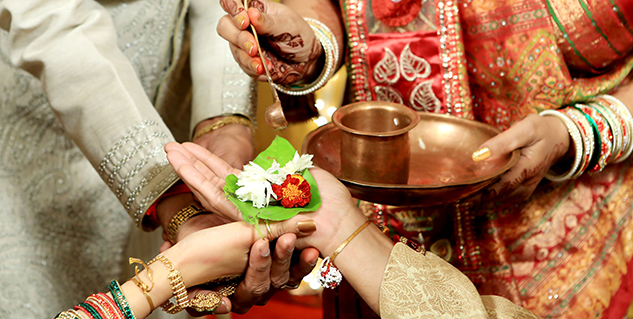 The study conducted jointly by Max Planck Institute in Germany and University of Basel in Switzerland found that an average husband and wife pile on about four and a half pounds each after tying the knot.

Researchers then compared the BMI of married couples with that of singles and revealed that the average BMI (body mass index) of a single male was 25.7, while it was 26.3 among married counterparts. On the other hand, the average BMI of women before marriage was 25.1 while it increased to 25.6 after marriage. There was an average difference of about 4.4lb (2kg) in a woman of 5ft 5in or a man of 5ft 11in.

Why do couples gain weight?

It was found that married couples ate better than singles, but weighed more and were less active. The research did not explain the reasons for weight gain after marriage. Increase in weight can be blamed on change in lifestyle and social factors. A few extra pounds don’t make anyone unhealthy or obese. If it is a significant increase or if the waistline keeps increasing, you should do something about it.

The benefits of marriage outweigh its demerits. It is a well-known fact that happily married people are more likely to live longer and have better overall health.

If you are not able to keep a check on your weight, you can see a nutritionist or a fitness trainer to help you.