Why marriage is still a fear for Indian girls?

There are many marriages problems in regards to India and this is precisely why Indian women are fearful of getting married.

In the modern times women are worldlier and marriage is not the end-all and be-all of their lives. This hold true for Indian women too. Indian marriages are a whole different thing from other marriages. At first Indian women are ravished by the plague of early marriages, then there is the social blunder called dowry and to top it all forceful arrange marriages. There are many marriages problems in regards to India and this is precisely why Indian women are fearful of getting married. In today's time and age women want to study and grow a healthy career, not just marry and serve a man. A host of other social evils combined, Indian marriages sometimes could be a recipe for disaster. 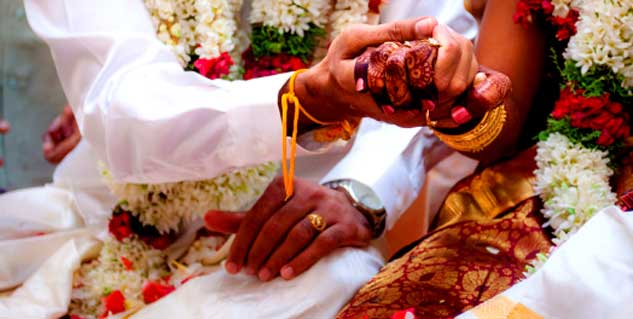 Here are a few reasons why Indian women are still fearful of marriage.

In the Indian context people still like to keep their women at home as homemakers and this can cause some women to be fearful of marriages. Marriage quite literally may translate into the end of freedom and the beginning of servitude. No more working and studies can be a frustrating bargain for many women. This holds especially true for those who are subjected to an early marriage.

Adapting to a strange environment

Indian marriages require women to bond with the entire family of the groom. This means adapting to a brand new environment with rules and regulations implied. There are many women who walk out of marriages because they could not handle the family pressure of their in-laws. This is yet another cause for fearing marriage.

Many women are not open to the idea of marrying a complete stranger. It is often revealed that the person is not compatible or he is a completely different person from what he projected himself to be. This can cause some doubt in women. In the modern times living a life with someone unknown can be a fearful thought.

A married woman is expected to take on loads of responsibilities and this can make one shudder. There was a time when a girl was her daddy's joy and mom's love but now all of a sudden she has to be a responsible wife and more so a devoted homemaker. Well, that does sound like a lot of responsibility and it can cause some women to fear the prospect of marriage.

Women can also have issues with commitment and this hold especially true when she is in an arranged marriage. There are a lot of social dynamics at work here in an arranged marriage and if the woman gets tired of an elusive husband, she will by no means be entitled to him. For a woman he is first and foremost a stranger and if he is not a good human then it’s just too bad.