Why do Men Have Affairs

Affairs can be disastrous, as it wrecks lives and causes heart breaks, tet us take a look at why men go astray and have affairs. 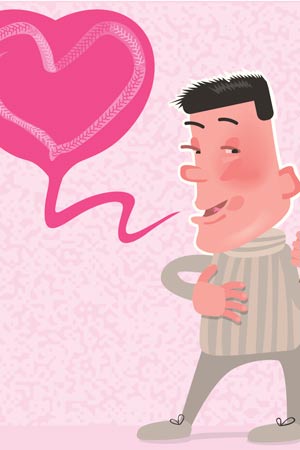 An affair to remember is an affair worth having, there is something about a hush-hush love story, and the thrill is unparallel to anything else. But why do men have affairs? This is not to say that women are righteous creatures who doesn’t tread the wrong path, but let us consider the case of men first. What could drive men to shun their relationships and take on a voyage of lust and love?

By affair we mean a new love apart from the current married or unmarried relationship that a man is in. It is more commonly termed as extra marital affair when a man is married; you could call it infidelity in general sense. There are many reasons for a man to go astray from a woman, and here we have listed some reasons for your understanding.

Though most women who are at the receiving end of the infidelity would not want to understand this statement, but yes men too have emotions. Men as it is systematised in every relationship do most of the worrying, and men would like to be appreciated for the same. Turning a blind eye on a man and taking him for granted can be emotionally challenging for the man. He may turn other ways to look for someone who would understand him better than his current partner. Men are less likely than women to express such feelings, and so such matters pass without notice, causing a lot of emotional turmoil in a man.

A man may move away from you if he is having feelings of insecurity. If a man feels old, undesirable, and unattractive and so on, then this man may move away from you. He will look for a new somebody who will make him feel desirable once again. Often this man may visit brothels, end up meeting random women in clubs, and may give in to other forms of sexual intensity to reassure himself of his desirability and self worth. It is important that there is mutual desire and love between man and woman.

[Read: Fear of Intimacy in a Relationship]

There is nothing that one can do to alter this in her man, especially if he is a sex addict. Such a man will have such great sexual urges and wild fantasies that one woman can never be enough for him. For this man sexual gratification is the only recreation, and he will get it from anyone who is willing to go to bed with him. Women who are involved with such men can try to play out and fulfill some of their desires and fantasies, but most of the times they will be a futile attempt. Such men have a knack for sex and are willing to get it from any quarters they possibly can.

This is the most common excuse that you will hear from someone, an unhappy relationship is what it is when someone doesn’t want to say the truth. Chances are that he doesn’t even know the underlying cause, and says that he is unhappy in a generic sense. In reality there has to be some more reasons for a so called ‘unhappy relationship’. While it is true that the man is so called ‘unhappy’, having an affair with a second person and sleeping around is not the correct way to deal with it.

Your relationship is precious, do not let it got for the sake of a seductress, if at all the need be then end one and start another.