What is an aneurysm?

An aneurysm is a balloon-like bulge in an artery. If an aneurysm grows too large, it can burst open, or rupture, and lead to dangerous bleeding inside the body. Aneurysms can also cause a split within the layers of an artery wall.

An aneurysm—a balloon-like bulge in an artery—can develop and grow for years without causing any symptoms. But an aneurysm is a silent threat to your health. 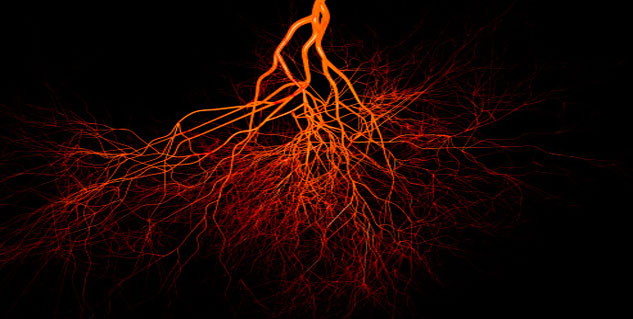 If an aneurysm grows too large, it can burst open, or rupture, and lead to dangerous bleeding inside the body. Aneurysms can also cause a split within the layers of an artery wall. This split, called a dissection, can lead to bleeding within the artery’s layers. Aneurysms that rupture or dissect can cause sudden death.

Where do aneurysm occur?

Many aneurysms occur in deep inside the chest, abdomen or brain. Most appear in the aorta—the main artery that carries blood from the heart down through the centre of the body. Three-fourths of these aneurysms arise in the lower part of the aorta. These are called abdominal aortic aneurysms (AAA). Aneurysms that occur in the chest are called thoracic aortic aneurysms (TAA).

Who’s at risk for aneurysm?

Sometimes aortic aneurysms have a genetic component. Other factors that can weaken the walls of arteries and lead to aneurysms include smoking, high blood pressure, atherosclerosis (the buildup of fatty deposits in the arteries), infections and trauma, such as a car crash.

Age and gender also contribute to risk. Aortic aneurysms are most common in men after age 65. Brain aneurysms appear more often in women between 30 and 60 years of age.

What are the symptoms of aneurysm?

The  Large AAAs might cause a throbbing in the abdomen. Large TAAs may lead to pain in the back, jaw, neck or chest. Brain aneurysms can cause pain around the eye or numbness on one side of the face.

If an aneurysm ruptures or dissects, get immediate medical attention. Sudden, severe pain in the lower abdomen and back can indicate a ruptured AAA. Dissected or ruptured TAAs may cause sharp pain that travels from the upper back to the abdomen. Ruptured brain aneurysms can cause a sudden, intense headache.

However, because most aneurysms have no symptoms, they’re often found by chance during a doctor visit. Many aneurysms are found when a patient is getting images—like MRI or CT scans—done for another reason. Sometimes, if an abdominal aortic aneurysm is big enough, the doctor might be able to feel it during a routine physical.

What should be done for aneurysm?

If you have an aneurysm, medications can help lower your blood pressure and reduce the risk of rupture. If the aneurysm is small, your doctor may recommend regular checkups to monitor its size. Large or quickly growing aneurysms may be treated with surgery, although surgery for brain aneurysms carries many risks. Options for aortic aneurysms include open surgery, which removes the aneurysm, or endovascular repair, which strengthens the aorta by inserting a tube, or stent.

Talk with your doctor if you have a family history of aneurysms or other risk factors. People at high risk may need routine screening to find and monitor an aneurysm. If you’re concerned, get checked. And certainly lifestyle changes—like stopping smoking—can help.