What are the symptoms of fibroids?

Many fibroids, even large ones, may cause no symptoms. They may be accidentally discovered during a regular pelvic examination. Here are some common symptoms of fibroids.

Many fibroids, even large ones, may cause no symptoms. They may be accidentally discovered during a regular pelvic examination. If a woman has symptoms, the most common may include the following: heavy or irregular vaginal bleeding: Heavy or prolonged menstrual bleeding known as menorrhagia is a common symptom of fibroid. Women may need to change the sanitary napkin every one or two hours, or some may be unable to leave the house during the heaviest day of flow. The excessive menstrual bleeding may result in anaemia. 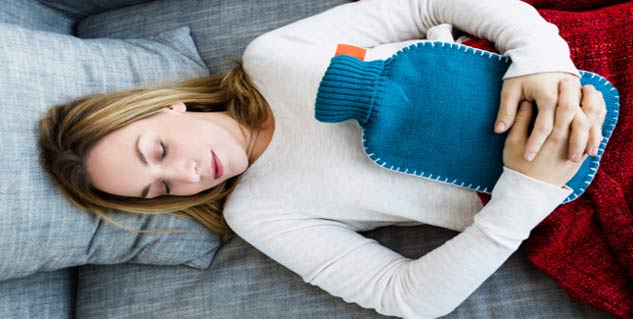 Large fibroids may cause a feeling of heaviness or pressure in the lower abdomen or pelvis. It usually causes a vague discomfort rather than sharp pain.

Some women have mild but persistent pain confined to a specific area.

If the fibroid presses on the bladder it can cause bladder symptom such as increased frequency of urination (you may have to wake up several times during the night to empty the bladder), urinary tract infections, or some women may be unable to urinate despite a full bladder.

Some fibroids can compress the muscles and nerves of the lower back which may cause back pain. If the fibroid is large and on the back surface of the uterus it is more likely to cause back pain as compared to a small fibroid present in the wall of the uterus.

Some women with fibroid may fail to conceive (this is defined as an inability to conceive after 1 year of attempting to get pregnant).

Discomfort or pain with sexual intercourse

Some women with fibroids can experience or discomfort during sexual intercourse.

If you have heavy bleeding, pelvic pain or any other symptom of fibroid which interferes with your everyday activities, consult your doctor to discuss fibroid treatment options.