What is a Miscarriage

A miscarriage is the loss of a pregnancy before 20 weeks, the point at which a fetus might be able to survive outside the womb.

Miscarriage can be defined as spontaneous abortion or loss of pregnancy before 24 weeks of gestation. According to mayoclinic.com, about 10 to 20 percent of known pregnancies end in miscarriage. 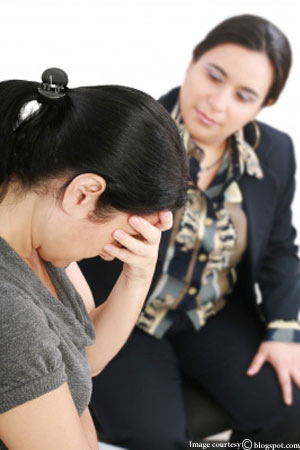 The commonest cause of miscarriages is chromosome problems which make it impossible for the baby to develop and grow in the uterus. However, in most cases these problems are unrelated to the mother or father's genes.

Some other common causes for miscarriage are:

Studies have noted that about half of all fertilised eggs are aborted spontaneously, and most of them usually before the woman realises she is pregnant. After pregnancy is confirmed the miscarriage rate is about 15-20%. Most miscarriages occur in the first few weeks of pregnancy.

Inevitable abortion - Symptoms of miscarriage start and cannot be stopped with medical intervention (so the miscarriage will happen).

Infected (septic) abortion - Infection is present in the lining of the womb, uterus, and any remaining products of conception.

Missed abortion - There is loss of pregnancy but the products of conception are not expelled from the body.