Gynecomastia is a common condition in men and boys in which their breasts swell and become abnormally large. It is informally known as "man boobs." Gynecomastia is more common in newborn males, boys during puberty, and older men.

In most cases, gynecomastia is not a serious concern. However, it may be psychologically difficult to meet. Apart from impacting self-confidence and causing embarrassment, some affected men and boys may also experience pain in their breasts.

A study carried out at Boston Children's Hospital and reported in the journal Plastic and Reconstructive Surgery found that gynecomastia negatively affects self-esteem as well as other areas of emotional health in adolescent boys. 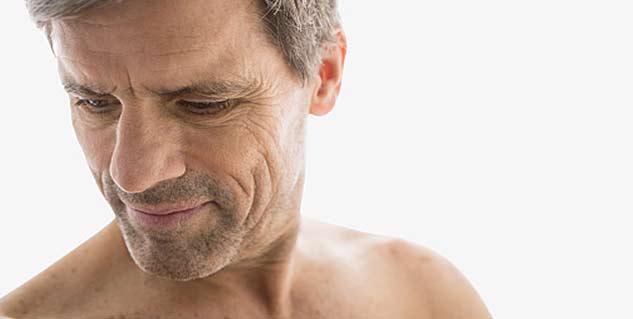 Most men with gynecomastia notice that it goes away on its own. A study published in the journal Pediatrics reported that in over 75% of cases of pubertal gynecomastia, signs and symptoms resolve within one year.

For a persistent gynecomastia, there are treatments available. It is not caused by extra fat from being overweight but by extra breast tissue. Therefore, exercising or losing weight will not get rid of it. There are other conditions, such as pseudogynecomastia, in which fat builds up in the breasts, and are sometimes associated with being overweight or obese.

Signs and symptoms of gynecomastia may occur in one or both breasts. They include:

The diameter of the areola increases, or the chest tissue becomes asymmetrical. The areola is the ring of pigmented skin surrounding the nipple.

You should see the doctor if there is unusual and persistent swelling, tenderness, pain, and/or nipple discharge.