What does Gas in the Digestive Tract Mean?

Everybody has gas in his or her digestive tract. If excess gas is your only symptom, it is probably not caused by a disease. The problem may occur simply because you swallow air or digest food incompletely.

Gas in the digestive tract is not a subject that most people like to talk about. The truth is that all of us have it and must get rid of it in some way. Normally, gas passes out through the rectum or is belched through the mouth. These are both necessary functions of the body that allow us to eliminate gas.

When gas does not pass out of the body easily, it can collect in some part of the digestive tract (the oesophagus, stomach, small intestine/bowel, and large intestine/bowel), causing bloating and discomfort. Even normal amounts of gas in the body can bother people who are sensitive to this pressure. Although gas usually is not a sign of a medical problem, it can be. So if you have persistent or extreme gassiness (flatulence), mention it to your doctor when you have a check-up. 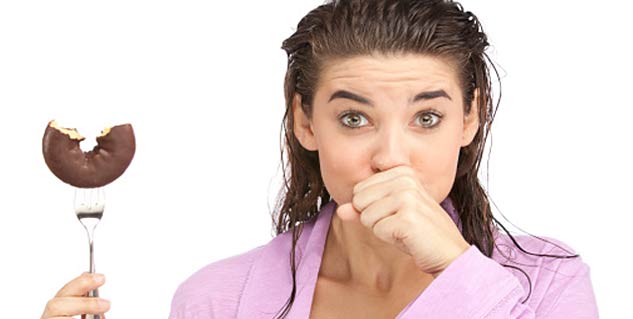 A common source of upper-intestinal gas is swallowed air. Each time we swallow, small amounts of air enter the stomach. This gas in the stomach is usually passed into the small intestine where part of it is absorbed. The rest travels into the colon (large intestine) to be passed out through the rectum.

In some people, part of the gas is belched out instead of being passed from the stomach into the intestine. This happens for several reasons:

Drinking beverages that contain carbonated water may increase gas in the digestive tract. People with gas should avoid carbonated or “sparkling” drinks.
If excess gas is your only symptom, it is probably not caused by a disease. The problem may occur simply because you swallow air or digest food incompletely. It could be that your intestines have the kind of bacteria that produce a lot of gas. You could have a sluggish bowel that does not get rid of air readily. You might have an irritable bowel or spastic colon, which means that you cannot tolerate gas accumulation inside of the intestines, so even small amounts of air feel uncomfortable.

Read more articles on Understand Gas in the Digestive Tract.

MORE FOR YOU
Get Glowing Skin With These 3 Hand Mudras
5 Tips You Need To Follow While Coloring Hair During Pregnancy
Troubled By Fear? Know 3 Kinds Of Phobias With Reasons Why It Might Happen
What Does Ayurveda Say About Diet For Pregnant Women? Expert Answers
Why Are Breast Cancer Demographics Changing In India? Know The Challenges From Expert
7 Unhealthy Foods And Their Healthier Alternatives