Cancer is a medical condition in which abnormal the cells of body divide in an unrestrained manner and keep on infecting the normal cells. Understand all about it.

Cancer is the abnormal growth of cells as they divide without control and are able to invade other tissues. Cancer which is a leading cause of death can spread to other parts of the body through the blood and lymph systems. 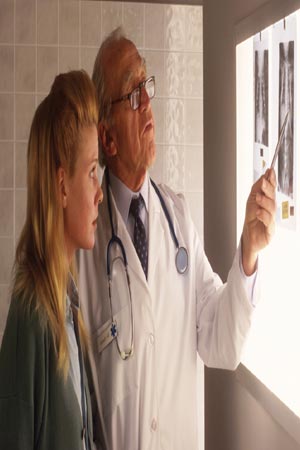 Cancer has been found to be a body breaking disease; it lets the damaged cells to divide uncontrollably to form lumps or masses of tissue called tumors. An exception would be leukemia where the cancer prohibits normal blood function by abnormal cell division in the blood stream. You can have tumors growing and interfering with the digestive, nervous, and the circulatory systems. They can release hormones that alter the body’s function.

The Occurrence of Cancer

A human body is made up of trillions of living cells and these cells grow, divide, and die in an orderly manner. The DNA machinery of a human body is very clearly responsible for its tight regulation within the cell, which divides rapidly when human being is in the form of a baby or a child or also when he or she is within the mother’s womb. After becoming an adult the cells divide only to replace the worn out or the dying cells, or maybe even to repair injuries.

During unfortunate times, the cells of the body at any particular spot happen to grow out of control and they become cancerous. Cancer cell growth is different from that of the normal cell growth. These cells instead of dying continue to grow and form new abnormal cells. It replicates and produces decaying and dying versions like itself. The danger here is when these cells invade other tissues; this is something that the normal cells do not do.

You can divide cancer into the following:

Sarcoma – This type of cancer begins in the bone, cartilage, fat, muscle, blood vessels or any other connective or supportive tissue.

Leukemia – This is that type of cancer which starts in blood forming tissue such as bone marrow. It causes large numbers of abnormal cells that is to be produced and enters the blood.

Lymphoma and Myeloma – This cancer begins in the cells of the immune system.

Central Nervous System Cancers – This type of cancer begins in the tissues of the brain and the spinal cord.

How common is Cancer?

People around the world are living with cancer or have had cancer. An unhealthy lifestyle is considered to be the catalyst for this disease. Therefore one must be on a good diet, maintain a healthy weight and stay away from tobacco and limit their consumption of alcohol. Also extreme sun exposure could put you on the risk.

Remember, early treatment of cancer means better chances of recovery and survival, and so you should get checked as soon as you see its symptoms appear.

What is CancerCancer DiseaseKnow about Cancer