Pushing into Hopelessness, the problem of Achondrogenesis

A genetic disorder which normally happens to babies, here a person’s body does not produce enough growth hormone. This is an unfortunate disease as babies hardly live for long. 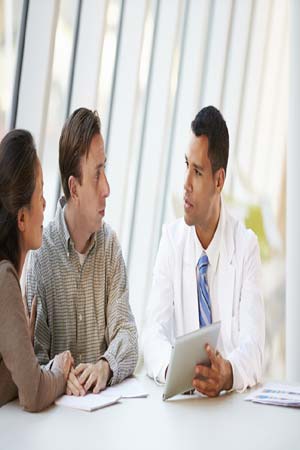 The disease occurs when a person’s body does not produce enough growth hormone which results in cartilage and done to not develop properly. This will then cause abnormalities in the skeletal system. There are chances that you would have a child with this disorder if both you and your partner carry this gene. Most babies who have this disorder unfortunately die before or after birth. This happens because they are unable to breathe properly. Some infants, however, have lived for a short time with intensive medical support.

Researchers have described at least three forms of achondrogenesis, designated as type 1A, type 1B, and type 2. The types are distinguished by their signs and symptoms, inheritance pattern, and genetic cause; however, types 1A and 1B are often hard to tell apart without genetic testing.

This is also called the Houston-Harris type, is the least well understood of the three forms. Affected infants have extremely short limbs, a narrow chest, short ribs that fracture easily, and soft skull bones. They also lack normal bone formation (ossification) in the spine and pelvis.

Also known as the Parenti-Fraccaro type, is characterized by extremely short limbs, a narrow chest, and a prominent, rounded abdomen. The fingers and toes are short and the feet may be rotated inward. Affected infants frequently have a soft out-pouching around the belly-button (an umbilical hernia) or near the groin (an inguinal hernia).

It is sometimes called the Langer-Saldino type, have short arms and legs, a narrow chest with short ribs, and underdeveloped lungs. This condition is also associated with a lack of ossification in the spine and pelvis. Distinctive facial features include a prominent forehead, a small chin, and, in some cases, an opening in the roof of the mouth (a cleft palate). The abdomen is enlarged, and affected infants often have a condition called hydrops fetalis in which excess fluid builds up in the body before birth.

The symptoms of the disease are given below in accordance to its type:

Unfortunately there are no treatments that exist for this disorder and the care for the baby is focused on making the baby as comfortable as possible. The duration of life is always short.