Here are some sure-shot ways to unravel silent heart diseases

A heart disease does not necessarily show up symptoms till the later stages. By the time you discover the trouble, matters can go out of hand. To provide timely treatment it is important to recognize the heart problems.

It does not happen necessarily that a heart disease comes knocking on your door and gives you enough time to combat it. At times, there can be plaque in your arteries and you just might not be aware of it. Surprisingly, you may sometimes also mistake indigestion for heart attack. If a person is unaware about the possibility of a heart attack, it can pose a threat to their life. Therefore, learning about hidden heart diseases becomes vital. 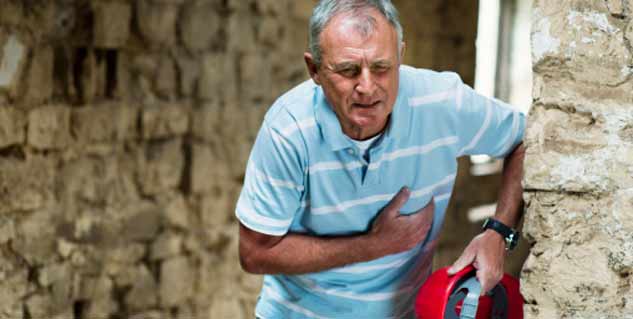 Most people relate a heart attack with fatal symptoms that can be identified easily. Hence, they can sometimes mistake a case of bad indigestion for heart attack. In fact, there are times when even your doctor cannot indentify a silent heart attack because they only focus on asking about your history of chest pain. People who suffer from diabetes are even more likely to misinterpret the symptoms of a heart attack than non-diabetics.

It happens in many cases that until a person dies due to a heart problem or an autopsy is performed, no heart diseases are identified. No signs of severe coronary disease and artery blockage are noticed by the patients or even the doctors. Many cardiologists say that it can be difficult to point out the number of people who are at the risk of a silent heart attack. But, according to a study, many older people were not being treated for increased risk of heart attack even when they were suffering from risk factors like atherosclerosis or plaque thickening arteries.

This condition does not only affect the old but also the young. You can perform a simple test at home to determine your level of risk. Measure the waist and compare it with the measurement of your hip. If both are equal, you are at risk. This risk has been also been identified in young people who were otherwise healthy.

Another test is to measure your waist one inch above the belly button. The measurement should be half or less that that of your height.

Cardiomyopathy means a weak heart muscle which does not cause serious symptoms until it gets severe. This condition is usually found by chance. For instance, when a person suffers from respiratory infection and undergoes an x-ray, the images may show an enlarged heart.

One of the causes of cardiomyopathy is a beyond-control high blood pressure. Other causes include diabetes and family history. A person does not notice the symptoms because the heart starts working harder to compensate for the problem. The undiagnosed problem can cause cardiac arrest and even death in some cases.

It is always better to stay aware of these conditions so that lowering the risk of hidden heart disease becomes easy.

MORE FOR YOU
World Osteoporosis Day 2021: Here's Everything You Need To Know About Osteoporosis
7 Doctor Prescribed Remedies For Tinnitus Hearing Problem
Can A Woman Be Born With Two Uterus? Know About Uterus Didelphys From Expert
Do Colours Affect Our Mood? Expert Weighs In
5 Stages Of Root Canal Treatment & The Correct Procedure
Oily, Dry Or Normal? How To Know Your Skin Type, Expert Explains