Walk in your office to prevent vascular dysfunction

According to a new study, vascular health can be restored if employees, who sit at their desks for 8 hours complain of impaired vascular function.

According to a new study, vascular health can be restored if employees, who sit at their desks for 8 hours complain of impaired vascular function. All they should do is walk for only 10 minutes around the office after they have been sitting for a prolonged period of time. 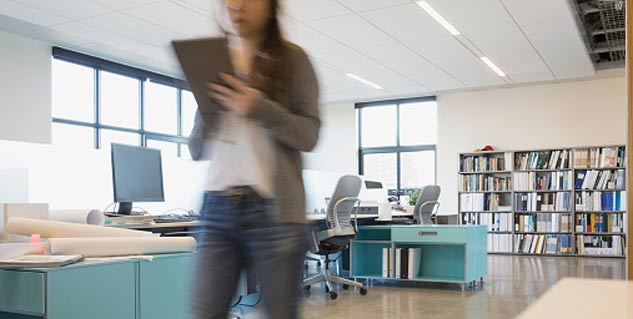 The study was conducted by University of Missouri School of Medicine. They compared vascular function of 11 healthy young men before and after they had been sitting for a prolonged period of time. They found that blood flow in an artery in the lower leg had reduced profoundly after the person sat at his/her desk for six hours.

Scientists had later asked researchers to take a short walk. They noticed that 10 minutes of self-paced walking had the potential to restore impaired vascular function as well as blood flow.

Lead author of the study, Jaume Padilla, said that when people sat at their desk for 6 straight hours or had an 8-hour work day, the blood flow to their legs had reduced significantly. Padilla further added that when there is a decrease in flow of blood, friction of flowing blood on the artery wall also reduces. This can be detrimental to health and can reduce the artery’s ability to dilate, which is a sign of vascular health.

Researchers concluded that it is important for people to know and understand the effects of sitting on desk for a long time on vascular blood cells.